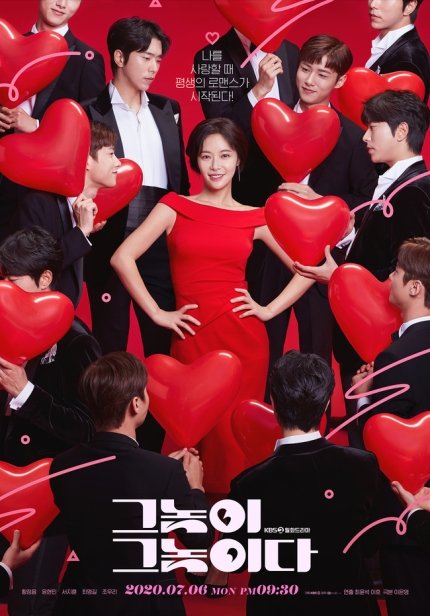 Summary : Seo Hyun Joo is a competent career woman who leads a webtoon planning team. Despite her successful career, she’s given up on love and marriage after repeated heartbreaks. Just when she’s done looking for the right person, two men suddenly walk into her life. Hwang Ji Woo is the CEO of a pharmaceutical company, who’s known for his brilliant mind that propelled him to succeed at an early age. His handsome looks won over many women’s hearts, but he only shows interest in Hyun Joo. Park Do Gyum is a webtoon artist who’s been friends with Hyun Joo ever since they were young. Who will be the one to win her over?