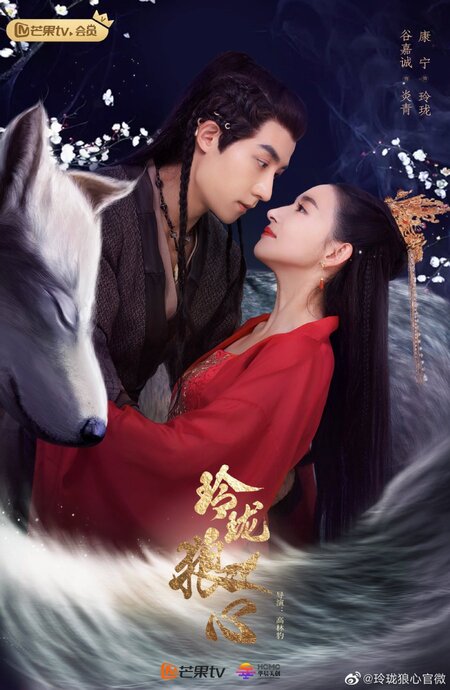 Summary : Constantly switching between a gentle human and the savage wolf that woke within her, Ling Long can’t seem to control either. With both personalities dueling for control, she often appears manipulative or subversive, when in reality, she is the opposite. Her warring personalities don’t do her any favors, especially not when the arrogant young aristocrat Yan Qing catches her in the awkward situation of mistaking her for a thief. Able to dodge Yan Qin’s accusations, Ling Long finds it risky to do so a second time. So when a cruel twist of fate brings them together, Ling Long takes it upon herself to prove her innocence. Determined to find those responsible for the theft at the Yan manor, now her home, Ling Long begins her investigation. As she searches, she begins to notice her senses are becoming incredibly keen. But she’s not the only one noticing these changes. With the blood of the wolf clan coursing through his veins, Yan Qing, drawn by Ling Long’s increasingly wolfish tendencies, his curiosity piqued. Unable to resist the urge to get to know this strange girl, he offers to assist with the investigation. Despite their rocky start, Ling Long accepts his offer, and together they begin their search in earnest. But the deeper they dig, they eventually uncover a plot that could shake the very foundations of their world. Side-by-side, Ling Long and Yan Qing set out to set right a multitude of wrongs. Conspiracies aren’t their only problem. With Ling Long’s dangerous wolf side taking over more often, Yan Qing must help Ling Long before her humanity is lost forever. Can this unlikely pair find a way to stop both the evil running rampant in the world and the darkness that resides within?