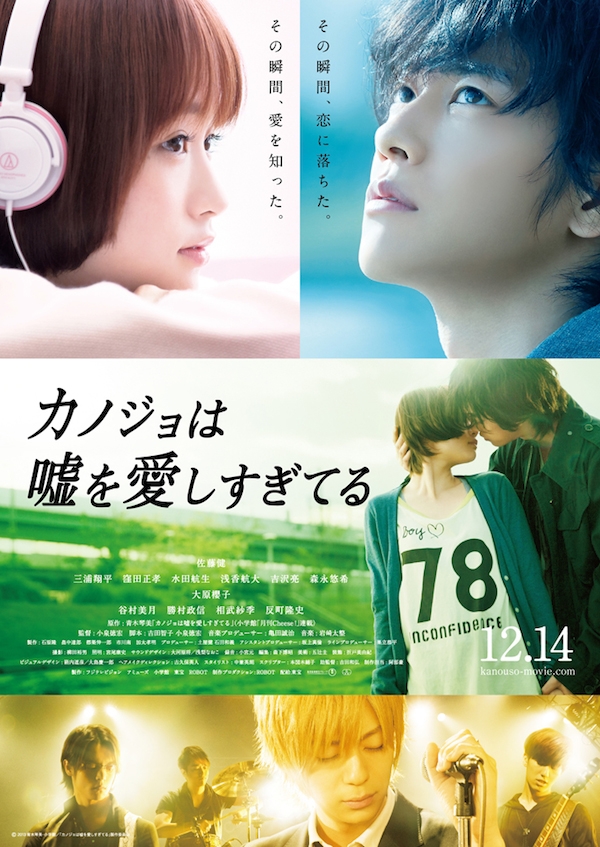 Summary : The story is set in the music industry and depicts the romance between 23 year-old solitary composer Aki and high school student Riko. Four high school classmates Aki, Shun, Kaoru and Teppei form the band called Crude Play. They’re set to make their major debut once they graduate from high school. Just before their debut, Aki suddenly quits the band and is replaced by Shinya. The band achieves a new-found popularity on the music scene. Meanwhile Aki, who now composes, continues to provide his music for them. He’s tired of the music business and finds his present situation rather boring.
One day, on a whim, Aki asks female high school student Riko if she believes in love at first sight. Charmed by his humming, she easily falls for him and they start dating, When Aki learns that Riko is a big fan of Crude Play, he keeps his association with the band a secret.
Riko herself has an attractive voice, singing and playing guitar in a band she formed with classmates Yuichi and Sota. Takagi Soichiro, the music producer who debuted Crude Play happens to be scouting for new talent. After hearing Riko sing he decides to sign her. As the realization of Riko’s dream approaches, she learns of Aki’s role in making it come true. Despite Aki being initially dishonest with her, their relationship deepens to love.