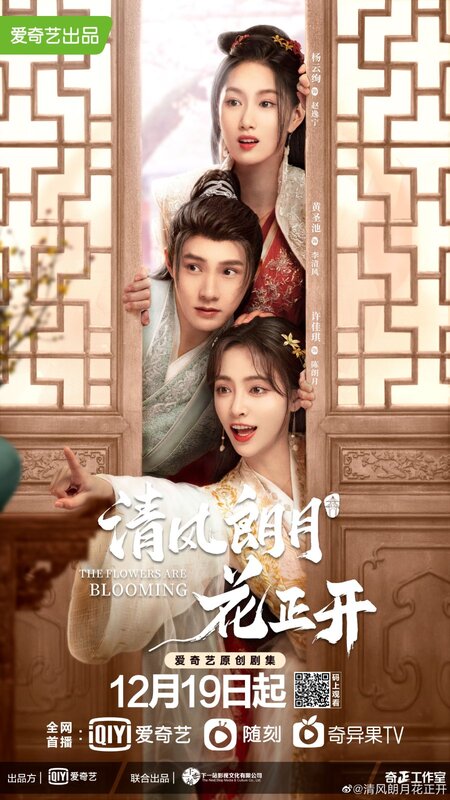 Summary : Favored by the former emperor, Princess Chen Lang Yue was allowed to grow up free and unrestrained despite living within the confines of the palace. She is not only a stunning beauty but also proficient in everything from poetry to music. Filled with a thirst for knowledge, Chen Lang Yue who is buoyed by her interest in construction sneaks out of the palace to join a team of craftsmen. Li Qing Feng formed the Muyu team with his childhood friend Luo Ye. Luo Qing Feng is a genius in architecture. He comes from an aristocratic family. However, he is insecure about his status as an illegitimate son. Together, eight young individuals with different personalities collaborate to build an interesting architecture.