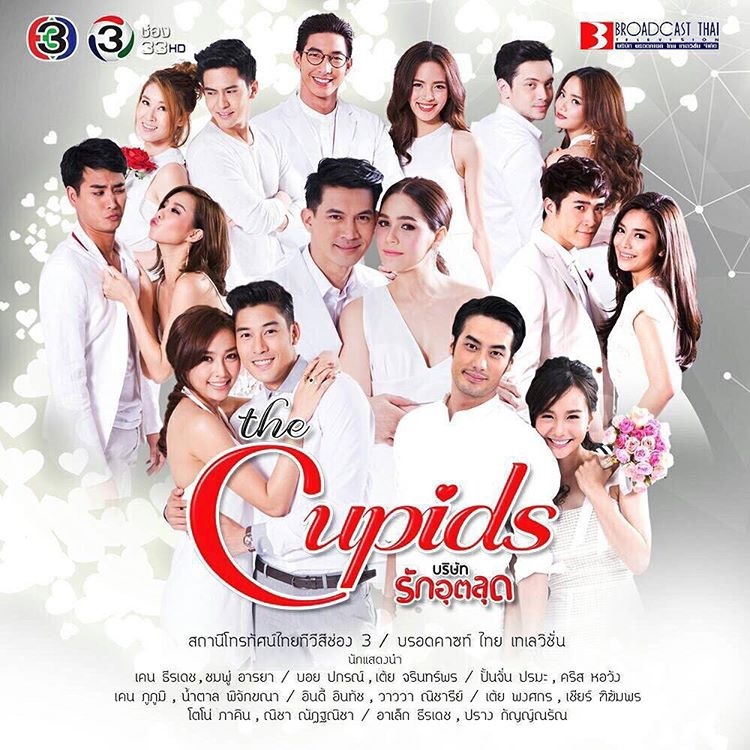 Summary: 4 years ago Peem created the company Cupid Hut which is a matchmaking company and he has 8 beautiful girls with the title Cupids that each has different department. Peem found out that his company’s income isn’t hitting the goal that he has decided and thought that was because of the 8 cupids whose are all still single. With them being single, its hard for the client to trust them in matchmaking as they can’t find their own. Peep called all the 8 girls to a meeting in valentine’s day and get to know that all the girls has some kind of trouble with the love relationship, to the point to coma. He then suggested..no,a dictator like him never suggest anything! He only have Command..He command the girls to have boyfriend before the next valentine and they will get 1 million bath in bonus and who can’t find someone they will get none. Beside the bonus, if the company have bad income and the company has to close, all the girls that love each other have to go their own way and doesn’t get to work at the company that they love.