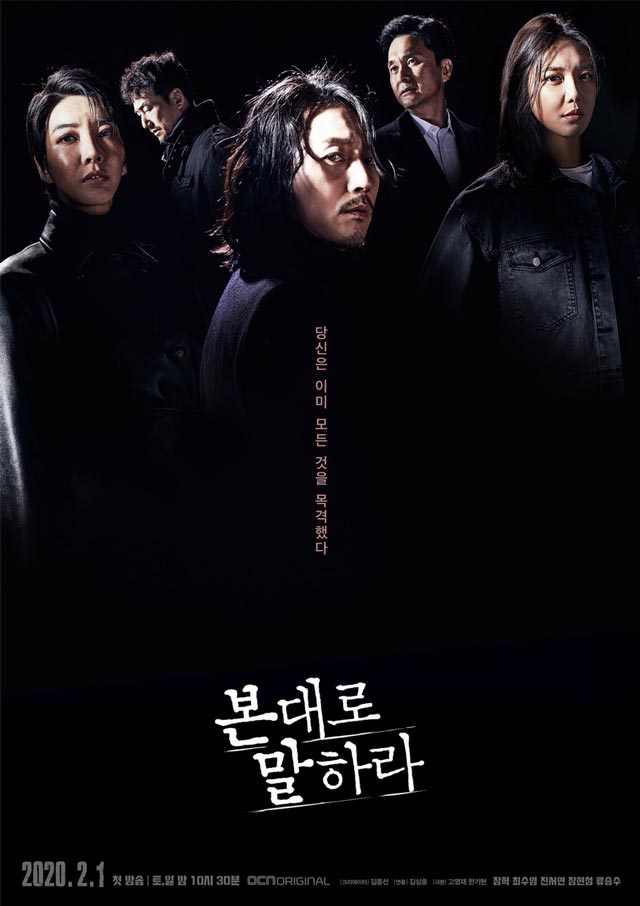 Summary : “Tell Me What You Saw” is a suspense thriller about a genius profiler named Oh Hyun Jae who has lost everything, and a detective with photographic memory named Cha Soo Young who work together to track down a serial killer. Other members include, team leader Hwang Ha Young who sets the plan, ambitious investigation team member Choi Hyung Pil, and veteran detective Yang Man Soo.