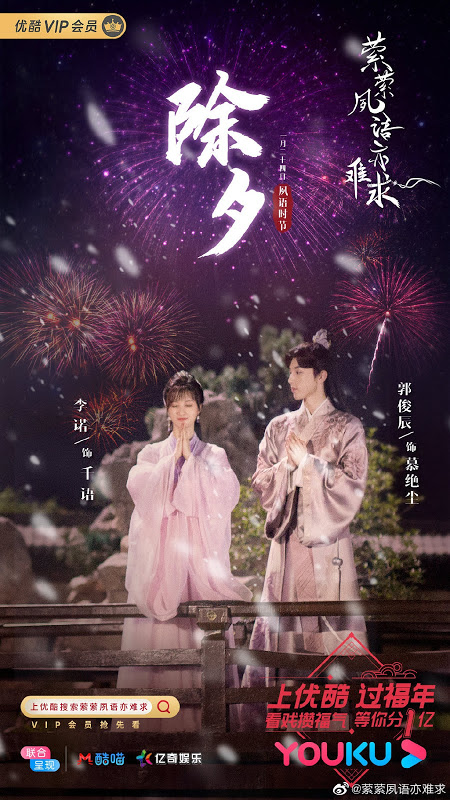 Summary: Mu Jue Chen is the Qian Mu Mountain Pavilion’s Young Master. Dashingly handsome, exceptionally clever, and skilled in the martial arts, he is beloved by his subjects. Unfortunately, he is also exceptionally arrogant and self-obsessed. His long-suffering assistant Qian Yu, is a young woman who was abandoned at the pavilion as a baby. She has been Mu Jue Chen’s loyal foil for ten years, but after a year of putting up with his quirks, she has had enough. Upon discovering her true identity, she is relieved that she no longer has to be Mu Jue Chen’s footstool, and resolves to leave him forever. Of course, Mu Jue Chen ‘suddenly’ admits to himself that his feelings for Qian Yu just might be deeper than he first thought. Actually, there just would be no living without her! Now, how to convince Qian Yu that they really do belong together? Can Mu Jue Chen truly come down off of his high horse and prove he can change?