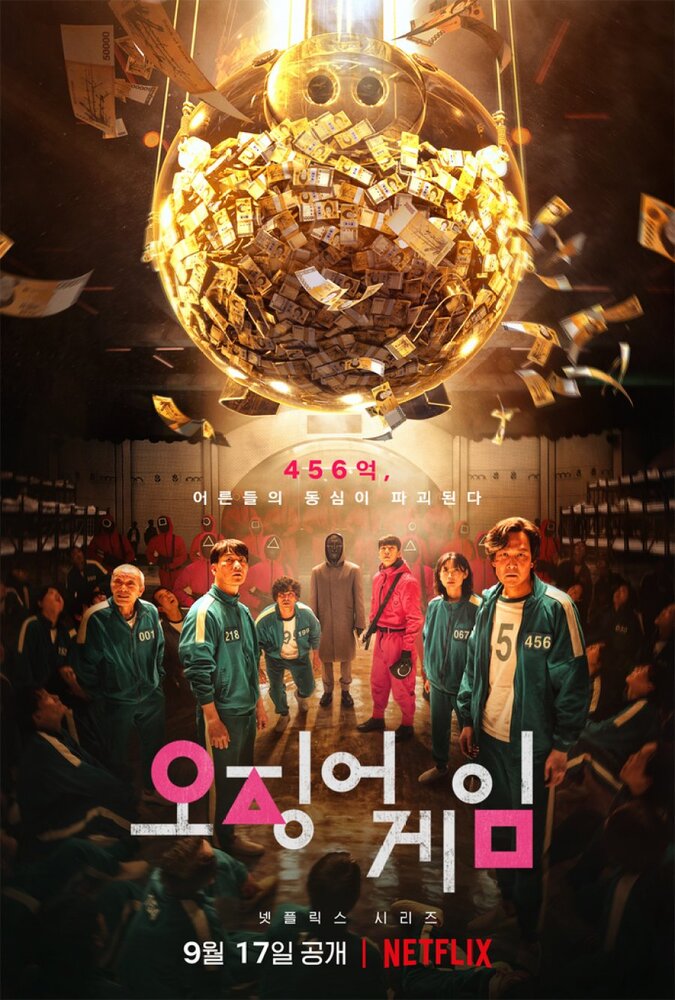 Summary : “Squid Game” depicts a story of people who decide to become the players of a mysterious survival game that has a whopping 40-million-dollar prize at stake. Ki Hoon, seems defeated by life after being fired from his job. He decides to join the survival game to win prize money. Sang Woo, is Ki Hoon’s childhood friend and he also joins the game as he gets in trouble at work despite all the hard work he has done to be where he is at now. “Squid Game” is the name of a street game Ki Hoon and Sang Woo played together when they were young. It’s quite a physical game that only ends when there’s a final winner, much like the survival game they play now. It’s named as such because players are to draw different geometric shapes on the ground, which, as a whole, look like a squid.