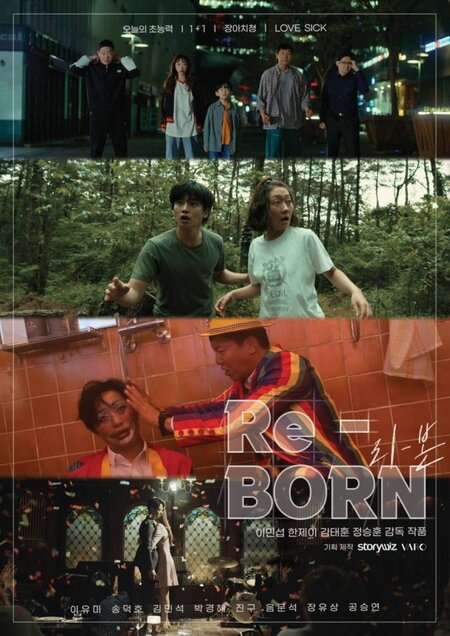 1. “Today’s Superpower” (26min, 오늘의 초능력, Oneuleui Choneungryeok) by Lee Min Seob People who claim to be able to use superpowers once a day gathered! But why can’t they use their superpowers? Do they really have superpowers in the first place?

3. “Jangah & Chichung” (35min, 장아치청, Jangachicheong) by Kim Tae Hoon “Burp!” Once you start burping, there’s nothing you can do. A comedy action movie limited to 60 minutes, filled with real superpowers by superheroes.

4. “LOVE SICK” (23min, 러브씩, Reobeussik) by Jung Seung Hoon A year after the end of the zombie crisis, Seung Beom prepares an unforgettable proposal for his girlfriend Ji Yoon who saved him.