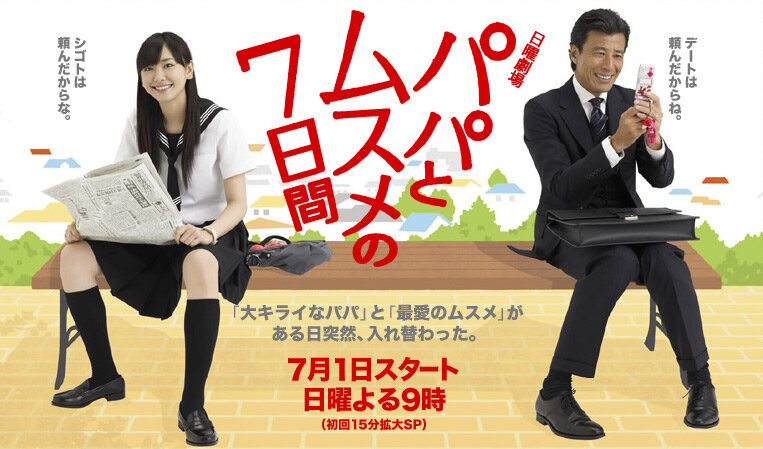 Summary : This home comedy tells the story of Kyoichiro (Tachi Hiroshi) and his teenage daughter Koume (Aragaki Yui). One day, the two ride a train together after visiting Kyoichiro’s mother-in-law. He sees it as a chance to get to know his daughter better, but he ends up getting more than that – by some mysterious force, both Kyoichiro and Koume end up with their mind in the other’s body! Unfortunately, they have no choice but to swap lives, pretending to be each other at school and work.