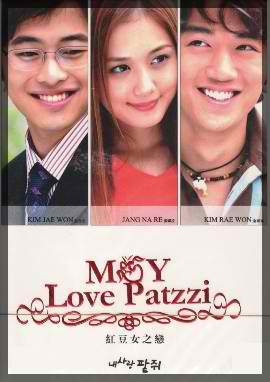 Summary : Song Yi is a girl with a pure heart but has a bad temper. She was tricked and humiliated by her “best friend” Hee Won as a child. From then on, Hee Won has always been the princess and successful while everyone mistook Song Yi for the evil child. When Song Yi did not have a job, Hee Won introduced her to the amusement park that she is in charge of. There she found her childhood friend and ex-crush Hyun Sung, who Hee Won has “stole” when they were kids.
From then on, Hee Won tried to humiliate Song Yi many times, framing her in many situations that Hee Won has created herself. To get back at Hee Won, she decided to break the train that the park was launching so that Hee Won would be blamed. Little did she know that she caused more damage and that the train caught on fire. What was worse was that the son of the president of the park was on the train. Ridden with guilt, Song Yi risks her own life to save the life of Seung Joon. Seung Joon fell in love with Song Yi for her brave spirit and charming attitude, but what will happen to their relationship when Hee Won exposes to the world of what she has done?