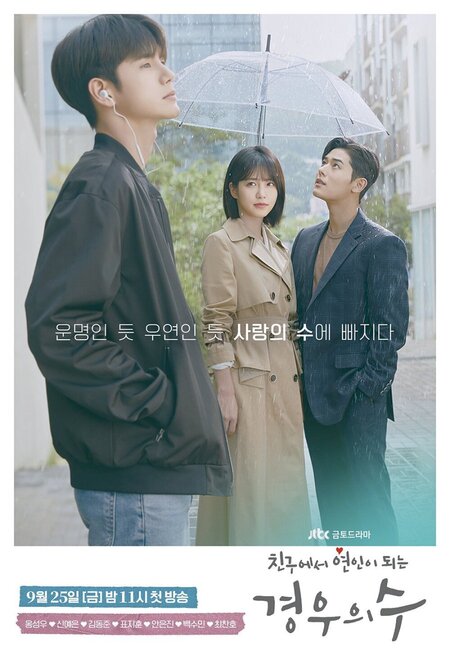 Summary : Ten years ago, Kyung Woo Yeon was as innocent and carefree as any eighteen year old might be. With dreams and ambitions and a heart ready to love, it was only a matter of time before she fell for someone. And fall she did; for her friend, Lee Soo. Unable to hold her feelings in her heart, she confesses to him before he leaves and gets friend-zoned.

Seven years later, she tries her luck again only to be rejected again. She is determined to get over what she considers this curse of not being able to experience love. One lonely day in Jeju, she declares confidently that she no longer likes him and decided to leave him. He too leaves Korea having a heavy pang in his heart.

She had tried every trick to get over this curse that she had, having almost 12 ex-boyfriends. Till one day, when she finds a guy, Joon Soo who offers to be her test man and help her determine whether the fault lies in her or the men she has dated. 3 years later, he comes back to find her with another man, and this time he hopes to face his feelings and not let his past overshadow him.