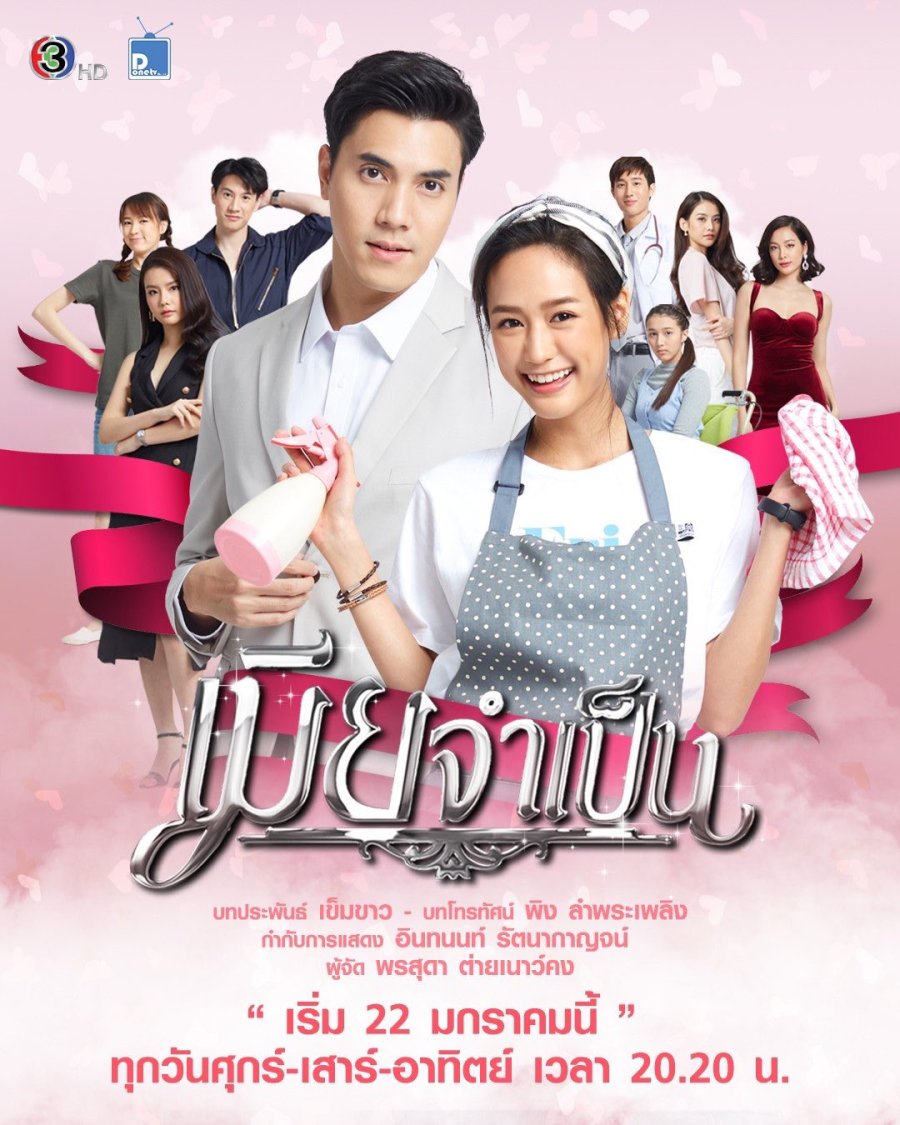 Summary : Tawan lives with Yuanjai, her aunt-in-law, and her daughter Yadfa as servants. Yhod, her uncle once made a promise to his friend Trong to arrange a marriage between their children. Yadfa refuses it, thinking that Tomorn, Trong’s son, is a rustic and poor guy, who is also in a relationship with Bunlaeng. They don’t make any money, just spend Yuanjai’s money. One day, Tomorn gives his hand to pay a debt for Yuanjai, so she allows Tawan to marry him as Yadfa. At Tomorn’s house, she’s always bullied by Sawai, his mother, Gingkaew, the nanny of his sister and Sopit, his friend who has a crush on him