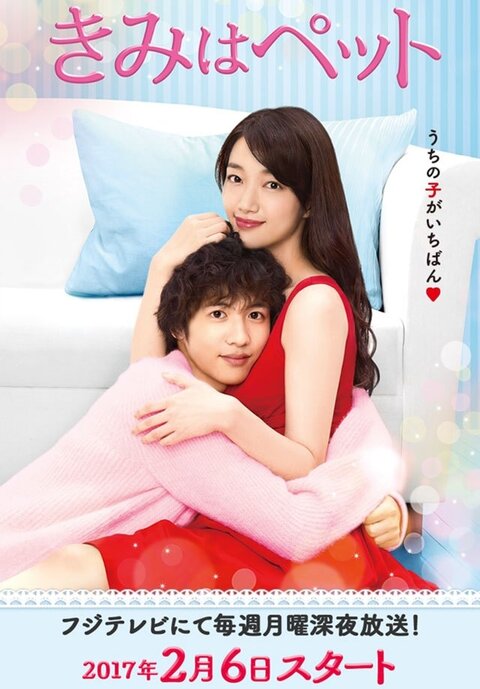 Summary : 29-year-old Iwaya Sumire has had a bad day. Make that the worst of all bad days. She has been dumped by her boyfriend of 5 years when she was anticipating a marriage proposal (although she read the situation and dumped him before he could get the words out) and has been demoted from the foreign correspondence department to a different department at the newspaper where she works because she punched her boss when he made drunken advances. Stumbling home, drunk, and emotionally wrung out, Sumire remembers that a puppy had been set out for adoption in a box near her apartment building that morning. Hoping that the puppy is still there, she opens the box flaps only to find a young man with a lithe, graceful body, large, dark eyes, and a mop of shaggy dark hair staring back at her. In her drunken stupor, Sumire mistakes the young man, 20-year-old modern interpretive dancer Goda Takeshi as her favorite dog Momo from when she was a child. Goda Takeshi is practically homeless, and at the moment is slightly injured from having been beaten up by an assailant for reasons unknown when he climbed into the box to both hide and catch some sleep. Sumire clings to him, weeping. Compassionate to a fault, Takeshi’s heart softens for this strange woman and he brings her safely to her home where she kisses him in the entryway, still crying. He was wrecked from that moment. So begins a bizarre and beautiful relationship where Sumire allows Takeshi to live with her, but solely in the capacity of a pet dog. She even calls him Momo. Every day, coming home, Sumire-chan (as Takeshi calls her) and “Momo” do life together in such a way that gradually develops into so much more.