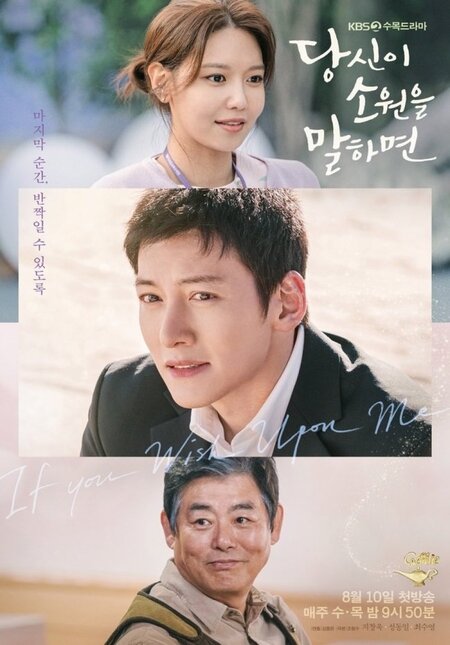 Summary : Yoon Gyeo Ree is a young man who has known nothing but misery ever since he was a child. He was abused while still a boy, and had a torrid time at the orphanage where he was raised. He then spent time in a juvenile detention center. And as an adult, things got no better, leading to him serving time in prison. Beatings and misery are all he knows, and he finds himself at the end of his tether, finally facing the void… But when he is ordered by a court to serve his community service at an end-of-life care facility for the terminally ill, things begin to change for him. Here he meets the tireless as Kang Tae Shik, a middle-aged man who leads the volunteer team at the facility. Kang Tae Shik has created a unit called Team Genie, which is dedicated to granting dying patients their last wishes. No matter what people ask for, Team Genie will work their hardest to make those precious last wishes come true. He also meets Seo Yeon Joo, a young nurse who refuses to give up on her patients and tries to keep them physically active at all times. Will working at this facility help turn Yoon Gyeo Ree’s life around? Or is it too late to change his destiny?