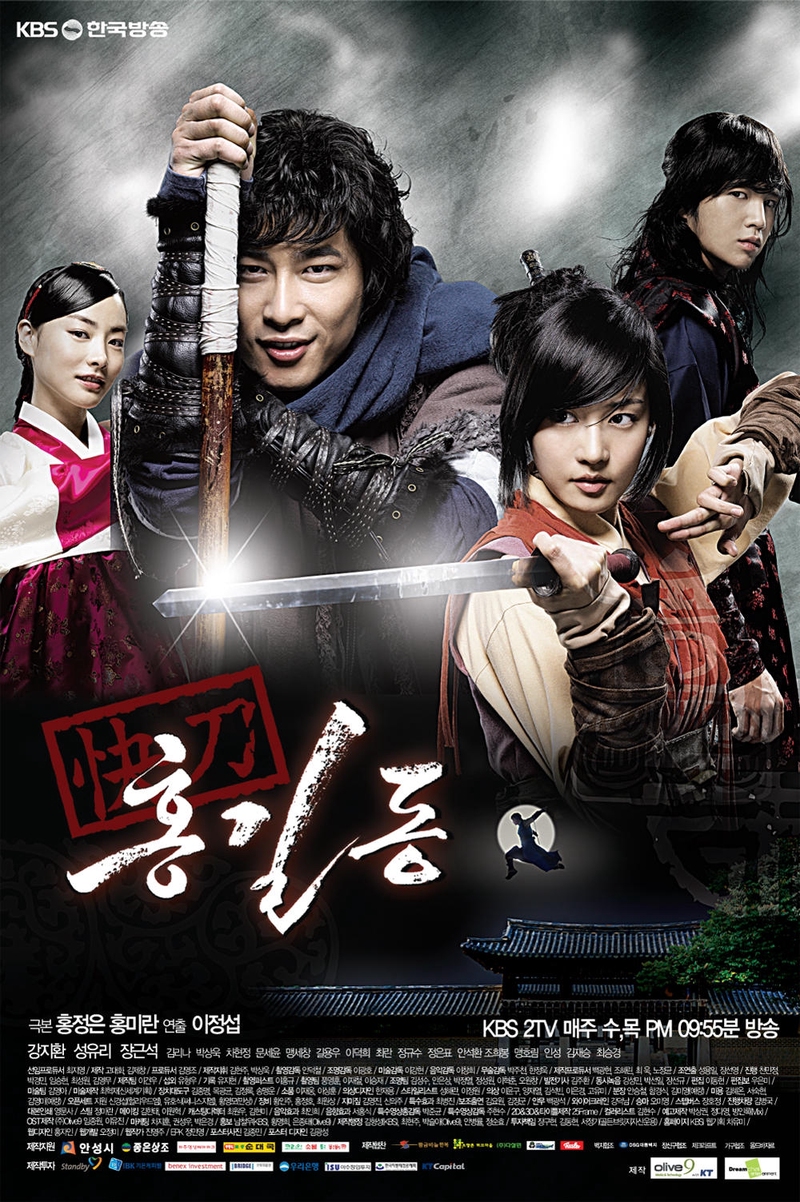 Summary : Based on a fictional book about a Robin Hood in Korea, Hong Gildong, this drama is very loosely based off of that book and the time it was set in.
Hong Gil Dong was the illegitimate son of a high ranked minister. A local monk took him under his wing and taught him martial arts. Hong Gil Dong was inspired to fight for the injustice in this society that divided people into nobles and ordinary citizens whereby the former enjoyed all the privileges due solely to their birth.
The heroine, Heo Yi Nok, had just returned to Korea from China with her grandfather. They made their living by putting on shows and selling their special brand of medicine in the marketplace.
Lee Chang Hwi had been told since he was young that he was the rightful heir to the throne which had been usurped by his half brother. He had also returned from his exile in China and was plotting to overthrow the emperor.
The three got entangled in love, hate, loyalty and betrayal and only one side can win.

Note : Filesize is bigger than normal since some episodes are above 75min long.