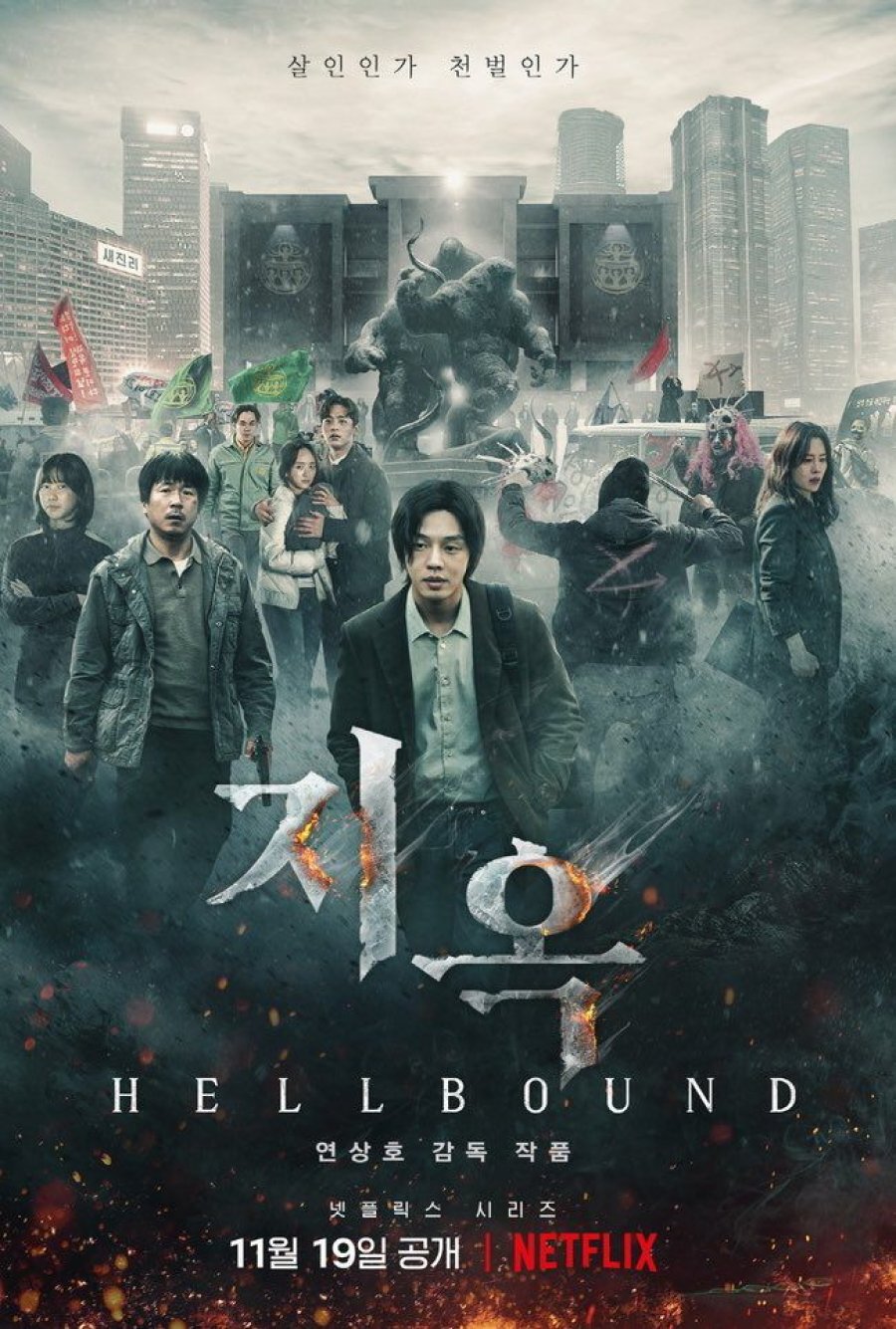 Summary : People hear predictions on when they will die. When that time comes, a death angel appears in front of them and kills them.
Jung Jin Soo is the head of the new religion Saejinrihwe. He speaks about the phenomenon when death angels from Hell come and state it’s a revelation from God. Jung Jin Soo has intense charisma and a mysterious aspect. Bae Young Jae is a program director for a broadcasting station. He tries to dig out the truth about the religious group Saejinrihwe. Min Hye Jin is a lawyer. She stands up against the group “Hwasalchok” (‘Arrowhead’), which consists of people who blindly follow Saejinrihwe. Song So Hyun is Bae Young Jae’s wife. She collapses in emotional pain, which she can not deal with. Jin Kyung Hoon is a detective and investigates cases involving the appearance of angels of death.