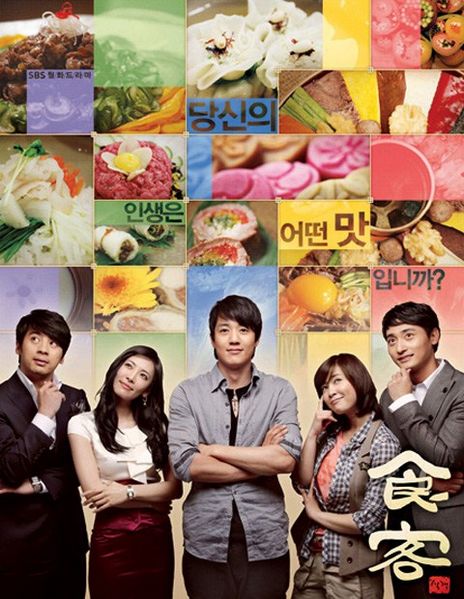 Summary : Talented chefs Bong Joo and Sung Chan were raised like brothers after Sung Chan was orphaned and taken in by Bong Joo’s family. Bong Joo’s family owns a famous traditional Korean restaurant and claims descent from the last royal chef of the Joseon Dynasty. Bong Joo assumes that as the eldest, he will be the one to take over his family’s restaurant and marry Joo Hee when his father makes a surprising announcement about a special cooking contest! Sung Chan is seen as a threat by some because of his youth, talent, creativity and non-conforming ways. Feeling sorry for him, Joo Hee tries to help him. Discovering the truth about their great-grandfather causes a crisis for Bong Joo, but he later becomes even more determined to be a success while Sung Chan decides to leave. Sung Chan becomes a food peddler, specializing in the freshest and best ingredients in traditional Korean cuisine. Will he ever become a chef again? Will they ever become united as “brothers”?