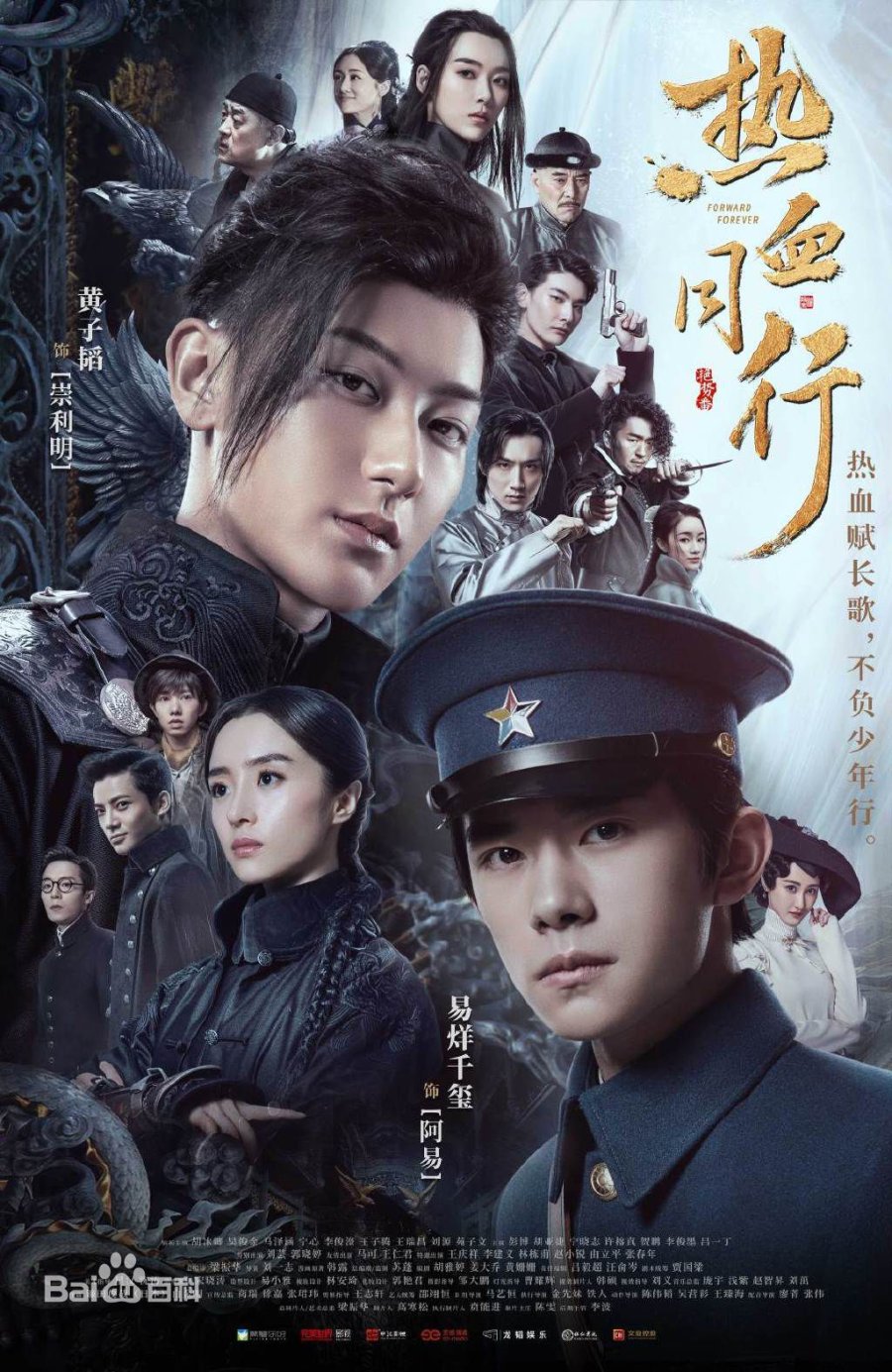 Summary : A story set at a period of great unrest during the end of the Qing Dynasty and beginning of the Republic of China, that follows two impassioned youths as they devote their lives to their country.

Due to a series of events, Ah Yi (Jackson Yi) strikes a friendship with Chong Li Ming (Huang Zi Tao) who is a member of the imperial family. He gets recruited to join Yan Shi Fan, an extraordinary league of guards whose sole responsibility is to defend the palace. After numerous harsh and challenging tests, Ah Yi establishes a deep camaraderie with his teammates. Chong Li Ming also learns the importance of friendship through repeated power struggles against the foreigners, the triads and the filth of corruption that is plaguing the Qing Dynasty Courts. However, the progression of history causes Ah Yi and Chong Li Ming to develop disparate ideals and their friendship starts to crumble.

Huang Zi Tao and Jackson Yi play dual lead roles; Huang Zi Tao plays Chong Li Ming, a leader to one of Eight Banners aka elite forces of the Qing military. But his other identity is the leader to a special royal organization (assassination group), Yan Shi Fan, which protects the nation. Despite Ah Yi’s humbling background, he encourages the boy to join. Ah Yi is described as beautiful, quiet, and cruel, with potentials to become a killing machine. A profound friendship develops among the men as they go through difficulties and challenges, realizing their ideals and desire to protect their homeland, and joining the revolution.

~~ Adapted from the BL manhua, Brilliant, by author, Han Lu.
[Note: Although it is based on a BL manhua, many changes have been made to the story and follows Chong Li Ming and Ah Yi as the main characters