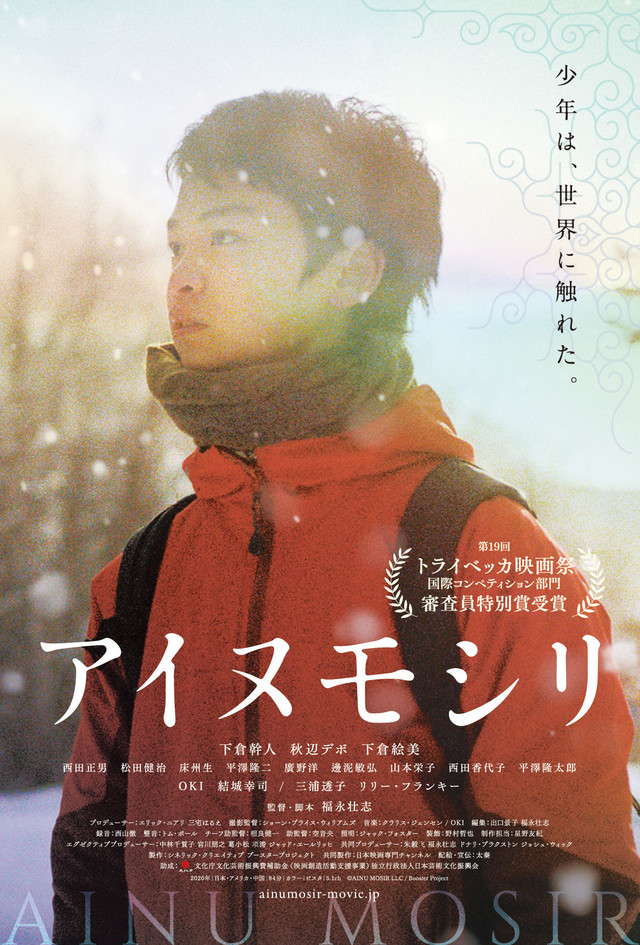 Summary : Kanto is a fourteen-year-old boy and a descendant of Japan’s indigenous Ainu people. He lives with his mother, Emi, who runs a souvenir store in the small town in Hokkaido, where the Ainu people embrace tourism to keep the culture alive and to create jobs. When Ainu community leader, Debo, brings the community together to revive an ancient Ainu practice, Kanto feels torn between his personal beliefs and his culture.

A rare narrative feature focusing on Japan’s indigenous people, AINU MOSIR showcases the interplay between community, connection, and culture through the lens of one boy’s search for meaning. The second feature from director Takeshi Fukunaga, the film is an observational yet intimate coming of age tale.