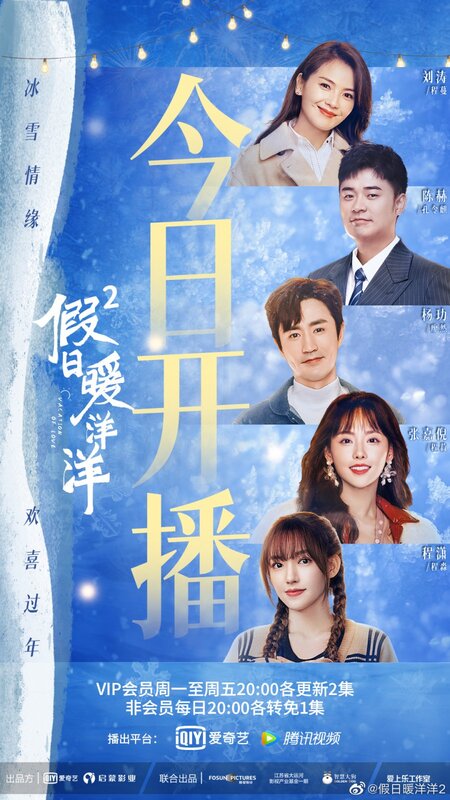 Summary : It is yet another winter. Cheng Man, a strong woman in the venture capital world, was in Shanghai and was about to take her daughter to Sanya for the New Year. However, she flew back to her hometown in Dongbei after a series of incidents. Kong Ling Qi, a founder of a corporate financing company, also followed Cheng Man to Dongbei to resolve some issues. After some twists and turns, the two finally resolve their problems. Cheng Man’s frustrated sister, Cheng Shu’s, homestay in her hometown in Dongbei was facing bankruptcy when a large booking arrived. That booking turned out to be from her ex-boyfriend, Wei Qi. Liao Ran, who dreams of being a Michelin star chef, was roped in by Cheng Man to help with the large booking. The three of them go through emotional twists and turns. Their niece, Cheng Miao, who is about to graduate, went home for Chinese New Year and decided to go skiing alone to vent her emotions. However, she strayed into the realm of drone racing, and accidentally met Ma Bo Yuan, a drone expert. Ma Bo Yuan discovered that this girl had extraordinary talent and special feelings soon develop between the too. With its unique warmth, this human-like northern realm (i.e. Dongbei) dissolves the ice in people’s hearts, and will those who visit for their own reasons find their own life goals?