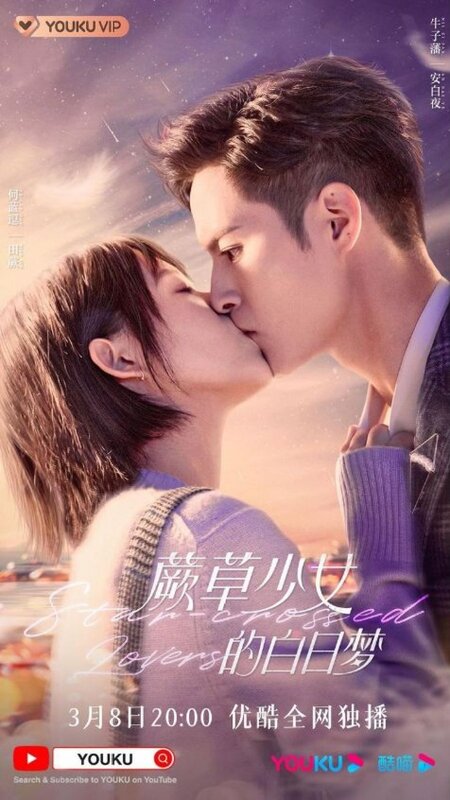 Summary : Tian Jue, a girl with a dream of comics, has been working hard for many years. Then one day after an accidental kiss with a strange man she develops a telepathic connection with him. She later realizes that this strange man is the hero from her comics, An Bai Ye. However, he is not just her comic book character come to life but a real alien. An Bai Ye has been looking for years for a specific stone that can save his home planet, only to see that Tian Jue is wearing it, but he can’t take it from her since the stone is merged to her and it protects her if someone tries to take it by force. So he decides to protect her and the stone until he can find a way to complete his mission… until they fall in love and some truths come to light that can change everything they believe in.