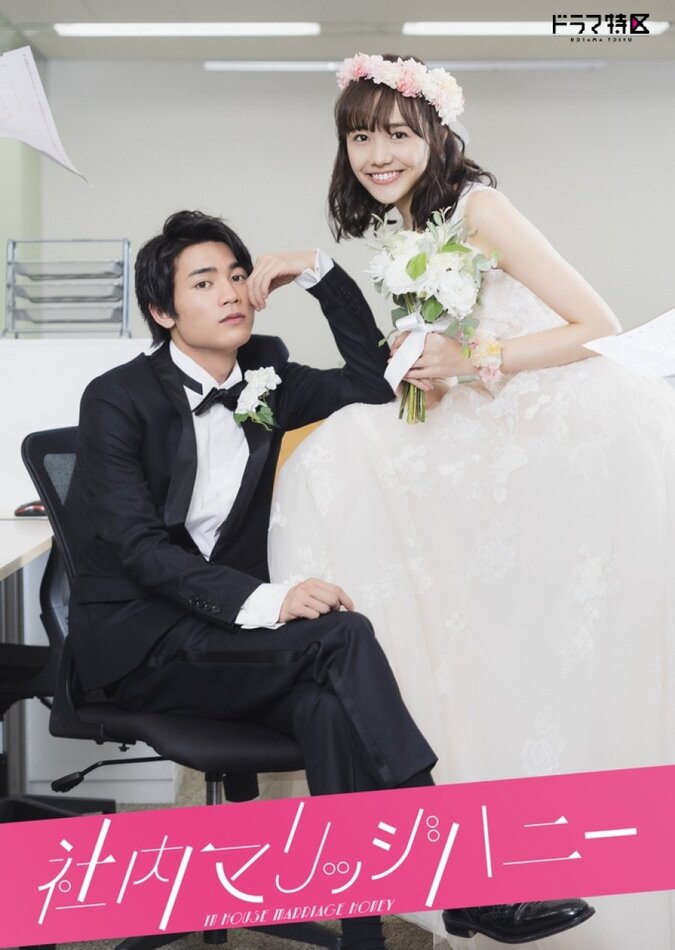 Summary : Miura Manatsu is a young office worker who finds himself in a quandary: His mother is suffering from ill-health, and he believes that getting married will be a good way to bring some cheer to her – and help her recovery. The only problem is he doesn’t have a girlfriend. So he downloads a dating app and starts looking for potential partners. Another of the app’s users is Haruta Ami, a woman who has been struggling to get over her ex, and has resolved to dive headlong into a new relationship in order to forget her former flame. The two meet online and decide to get married in a hastily arranged ceremony, barely knowing anything about one another. But there’s a hitch: Little did they know, but they are actually workmates. And as they neglected to tell their co-workers that they were getting married, their relationship becomes an awkward secret. Little by little, they get to know each other – and start to discover that despite the unconventional nature of their marriage, true love might not be completely out of reach after all…