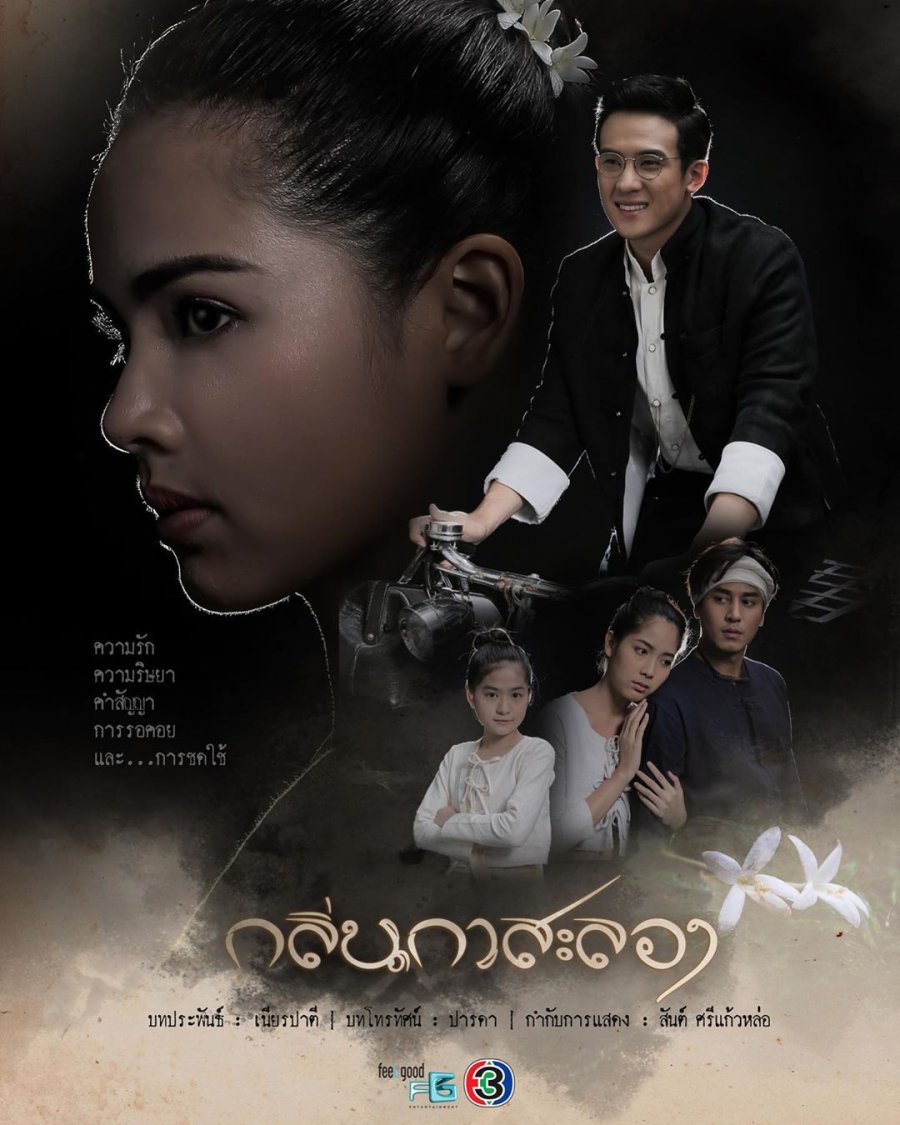 Summary : In the first life, they are twins. The older one was called Kasalong who was raised by her mother who taught her to be sweet and gentle. She is also good at north dancing and household tasks. Since she is of good values and nature, everyone compared her to be godlike. The younger was called Songpeep raised by her father is cruel and selfish just like him, she was always jealous of Kasalong because she thought that her mother loved Kasalong more than her. She played the victim in all situations and would go around seducing guys who fought for her. She was the complete opposite of her sister even when it came down to simple things like their clothing. Since she was of these values, people always thought ill of her. Both of them tragically die. Songpeep is engulfed in fire due to her anger while Kasalong gets trapped and dies from malnutrition.
In the second life, Songpeep was reborn as Pimpisa, the daughter of a wealthy doctor, she is a confident woman who is self-willed. She is in a different mood all the time, when she is in a good or a bad mood, people called her Prompee. She loves her fiancé Krit, but she is insecure about her relationship since she doesn’t understand why her fiancé keeps making excuses as to why he won’t marry her. Kasalong is a vengeful spirit now, and she helps Pimpisa remember her past life. She brings Pimpisa’s spirit to Kasalong’s body in the past life, to let her know about everything and, how Kasalong was treated and harmed until she died, and to also let Pimpisa know that her mother loves her.
In the third life, Kasalong was reborn as Pimmada, the daughter of Pimpisa, who just graduated and is clever, cheeky, and casual. She will be bad to people who are bad to her, never accepts love from anyone, like she is waiting for someone.