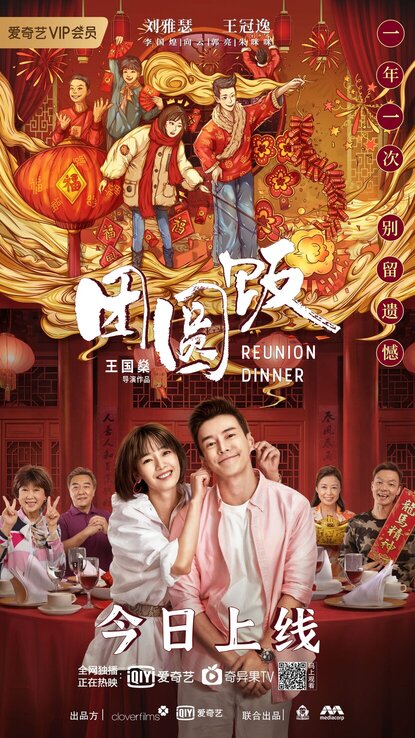 Summary : When you want to see each other’s parents during Chinese New Year, but you cannot resolve the estrangement with your mother, what will you do? As the Spring Festival is approaching, chief advertising creative director Li Chaoyang and planning director Liu Zihong were about to shoot an advertisement, but at the request of the client, they changed to livestream their own New Year’s Eve reunion dinner. Although the two have reached the stage of talking about marriage, they have never met with each other’s parents. Chaoyang also does not get along with his mother Li Yanling. This canpose a problem for Chaoyang, so he suddenly hired a group of actors. Playing as one’s own relatives, this story full of laughter and touching also begins: the future father-in-law Liu Lanting arrives ahead of schedule, the actor’s uncle Wei Ge, the actor’s mother Zhang Aijia, the actor The lack of rehearsal between cousin AK and Chaoyang led to constant laughter; the mother couldn’t bear to expose her son, so she had to become a “nanny” to send her blessings to her son. Laughing and tears coexisted along the way, many years of misunderstandings about whether a reunion dinner can be passed unwrap…