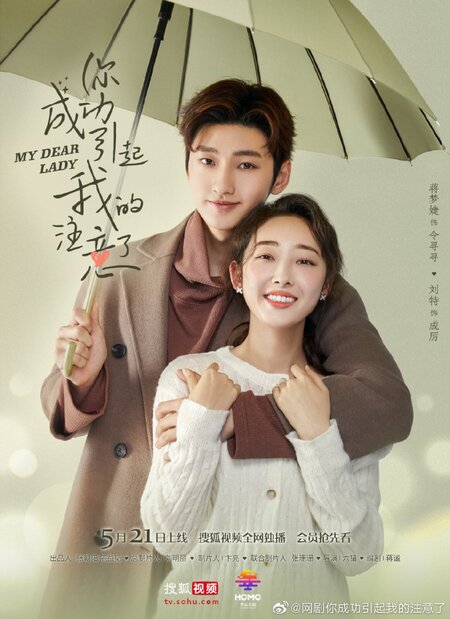 Summary : Six years after saying, “I do”, Ling Xun Xun finds herself filing for divorce. After dedicating years of her life solely to the care and welfare of her husband and son, Xun Xun is once again a free woman. Wanting to celebrate that freedom, Xun Xun decides to celebrate, but her joy is cut short when she finds herself mixed up in a small fender-bender. Hoping to make a quick amends for her mistake, Xun Xun is willing to pay for the damages but when the driver of the other car demands an astronomical sum as compensation, Xun Xun is appalled. Now in debt, Xun Xun returns to the workforce, knowing the only way she’ll ever gain custody of her son is to pay off this ludicrous settlement sum and prove she has what it takes to provide for herself and her child. There’s just one problem, after being out of the workforce for six years, finding a job isn’t easy. Eventually taking a position as the personal assistant of a young CEO by the name of Cheng Li, Xun Xun believes things in her life are finally starting to look up. That is, until she realizes her new boss is the owner of the car she hit. Tormented by Cheng Li’s childish attempts to cause her trouble, Xun Xun does her best to brush him off. But her determination to carry on, despite everything, sparks a most unexpected interest in her young boss. Awed by Xun Xun’s hardwork and perseverance, it isn’t long before Cheng Li finds himself falling for his new assistant. But Xun Xun won’t have him, claiming her status as a divorced mother and their gap in age make them an ill-suited match. Is Xun Xun right, or will Cheng Li prove that love can indeed conquer all?