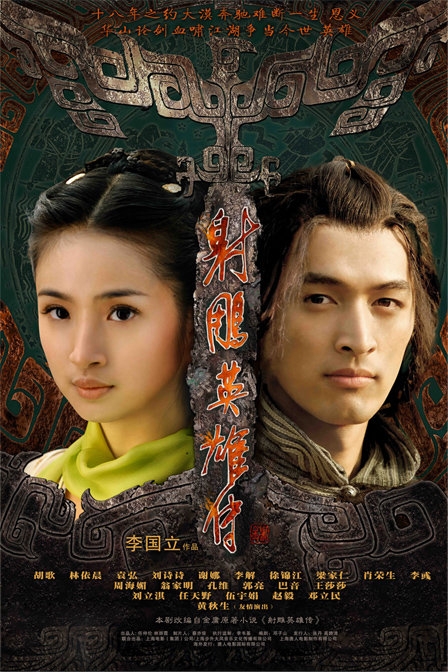 Summary : When their husbands were killed by the Song army, two pregnant women found safe haven in foreign lands. Li Ping gave birth to Guo Jing, a sturdy but blockheaded young man who roamed the Mongolian prairie with the family of Temujin. Bao Xi Ruo gave birth to Yang Kang, a smart and crafty young man who became the son of Wanyan Hong Lie, a successor of the Jin empire. When a pact between their martial arts masters brought them together and the truth behind their fathers’ deaths was revealed, one found martial arts enlightenment and a cause greater than his own while the other descended into darkness and destroyed everything and everyone around him.