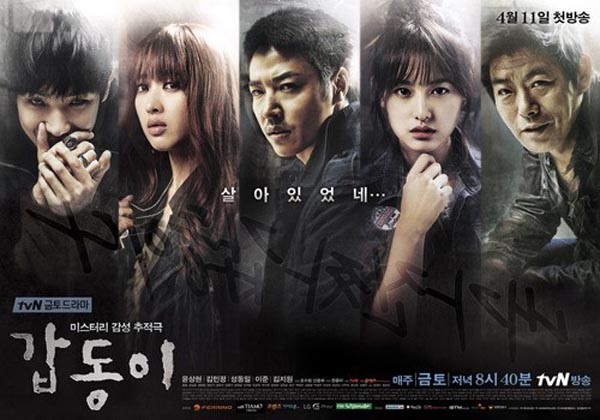 Summary : Twenty years ago, a series of gruesome murders rocked the city of Iltan. With very few leads, police focused on Ha Mu Yeom’s father as the prime suspect in the case. Though he was innocent, the police’s suspicion took its toll and he confessed – forever tarnishing both his name and his family’s. The serial killer became known as “Gap Dong.” Mu Yeom grows up to be a police detective, focused on clearing his father’s name. Shortly after the statute of limitations ends on the cases from 20 years ago, suddenly new clues appear and Mu Yeom finds himself on the trail of the real Gap Dong.