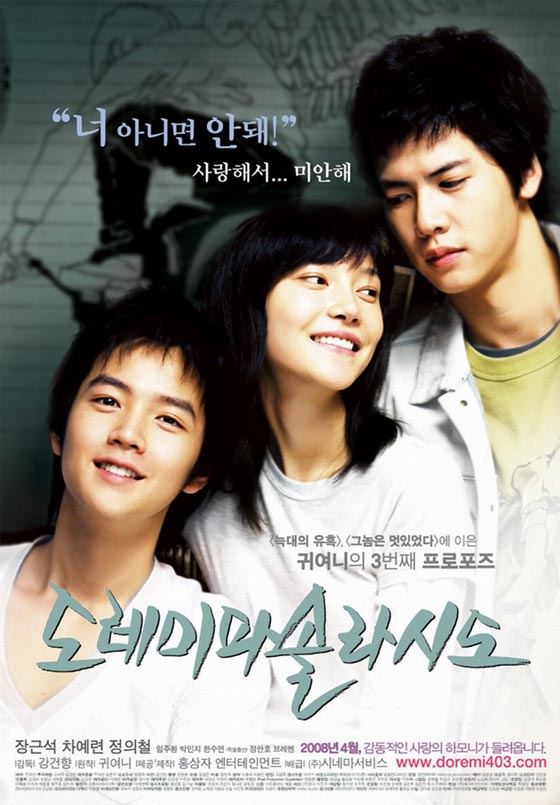 Summary : “Do Re Mi Fa So La Ti Do” is a touching love story with bittersweet elements. Jung Won wears a funny dragon suit, while working at the amusement park, and pours soda on Eun Kyoo, because of his taunts. A short while later, Jung Won finds out that Eun Kyoo has moved into the house next to hers. Eun Kyoo now threatens to tell Jung Won’s parents that she works a part-time job. To keep Eun Kyoo quiet, Jung Won agrees to carry his guitar for a week. Jung Won then starts developing feelings for Eun Kyoo, who is the lead singer in a band called Do Re Mi Fa So La Ti Do. Eun Kyoo also starts to develop similar feelings for Jung Won. The two soon become a couple. With an odd twist of fate, Jung Won goes to the band’s rehearsal room and meets a familiar person from her past, a boy named Hui Won. Their relationship makes everything more complicated. 10 years ago, Jung Won and Hui Won were close friends, but because of a personal matter stopped talking to each other completely. Jung Won is now surprised to learn that her ex-close friend is now best friends with her boyfriend. Will their relationships survive?