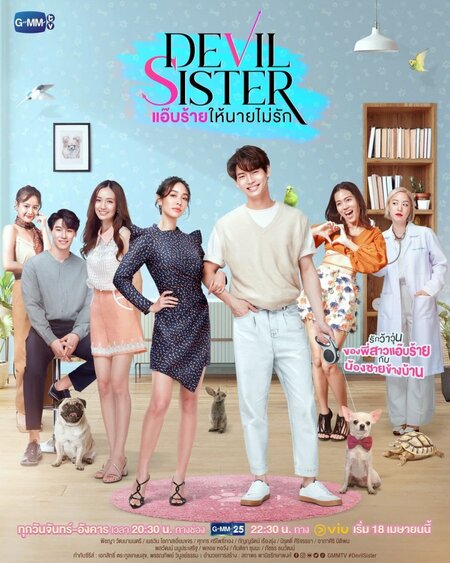 Summary : Irin is said to be hot-tempered and fearless — “The Devil”. It’s all an act, though; she puts up a mean front to build up her younger sister, Inn, by contrast. However, her young vet and neighbour Namcha couldn’t care less. No matter how catty she behaves, his love persists. He’s loved her ever since they were students and has no plans of changing his heart. In fact, they used to date until Irin broke things off without any explanation. Namcha has never forgotten his first love, but Irin doesn’t believe his feelings are unchanged; Namcha makes it his mission to prove it to her. Love should come easy for the two, but family, work, and even friends all seem primed to tear them apart.