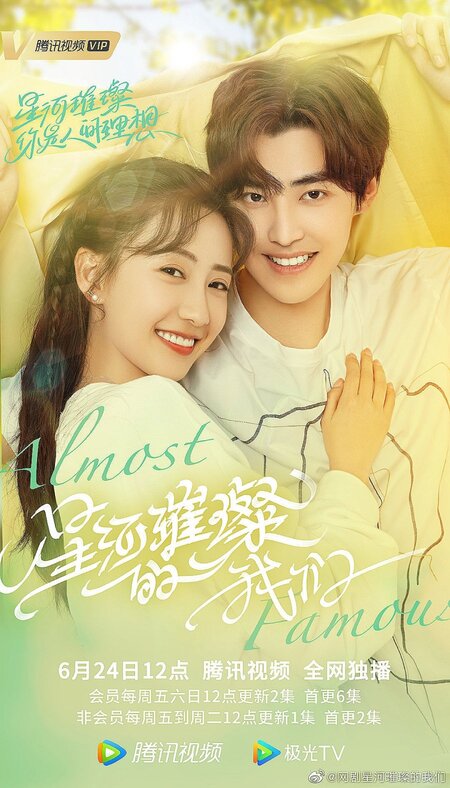 Summary : Cheng Ming has always dreamed of becoming a top entertainment star, but her path has been beset with obstacles. Her parents are not keen on her choice of career and academic pressures are high. But despite all this, she has worked hard. And that dedication pays off when she passes an important examination – gaining admission to China’s most prominent performing arts academy. When she arrives, she meets a number of interesting fellow students, including the wildly popular young pop idol You Zhi Qi. But disaster strikes when, due to a misunderstanding, a paparazzo manages to take pictures that make it look like Cheng Ming is You Zhi Qi’s girlfriend. A scandal threatens to break loose – with the potential to disrupt You Zhi Qi’s fledgling career. His entertainment agency’s head steps in, suggesting that You Zhi Qi blame Cheng Ming for the scandal. But You Zhi Qi is reluctant to throw Cheng Ming’s chances of becoming a star in her own right away for his own sake. Could it be that he is starting to develop feelings for her? And could those emotions ultimately cost him his career?