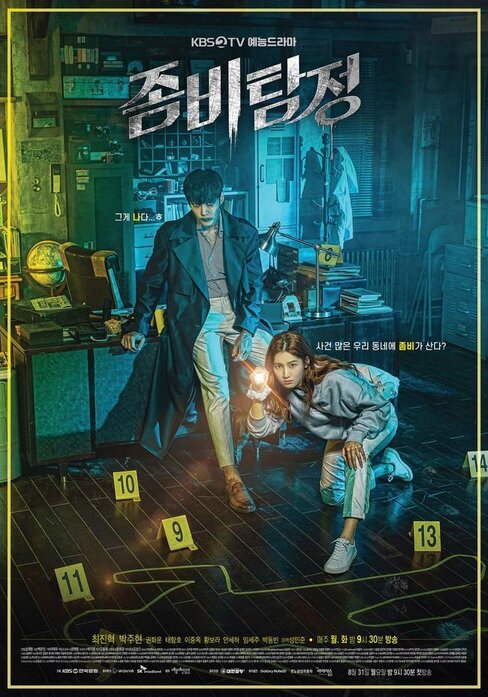 Summary : A zombie and a writer team up to solve crimes in this thrilling drama that explores what happens when someone actually comes back to life. After being secretly buried on a hill, Moo Young comes back to life as a zombie thanks to illegally dumped medical waste. With his memory gone, he eventually accepts reality and does whatever he can to walk and look like a human. Luckily, his peculiarly developed sense of smell allows him to position himself as one of the prominent businesses in the field of private investigation, finding the bodies of those who are reported missing. Seon Ji, who once was a writer for a TV show that deals with issues regarding current affairs, is employed as a part-time assistant at Moo Young’s agency. While being emotional, hot-tempered, and willing to stamp out justice at all costs, Seon Ji finds out that Moo Young is a zombie. As she helps the zombie detective look for the traces of his lost memories, she comes to realize how Moo Young is related to one of her previous cases.