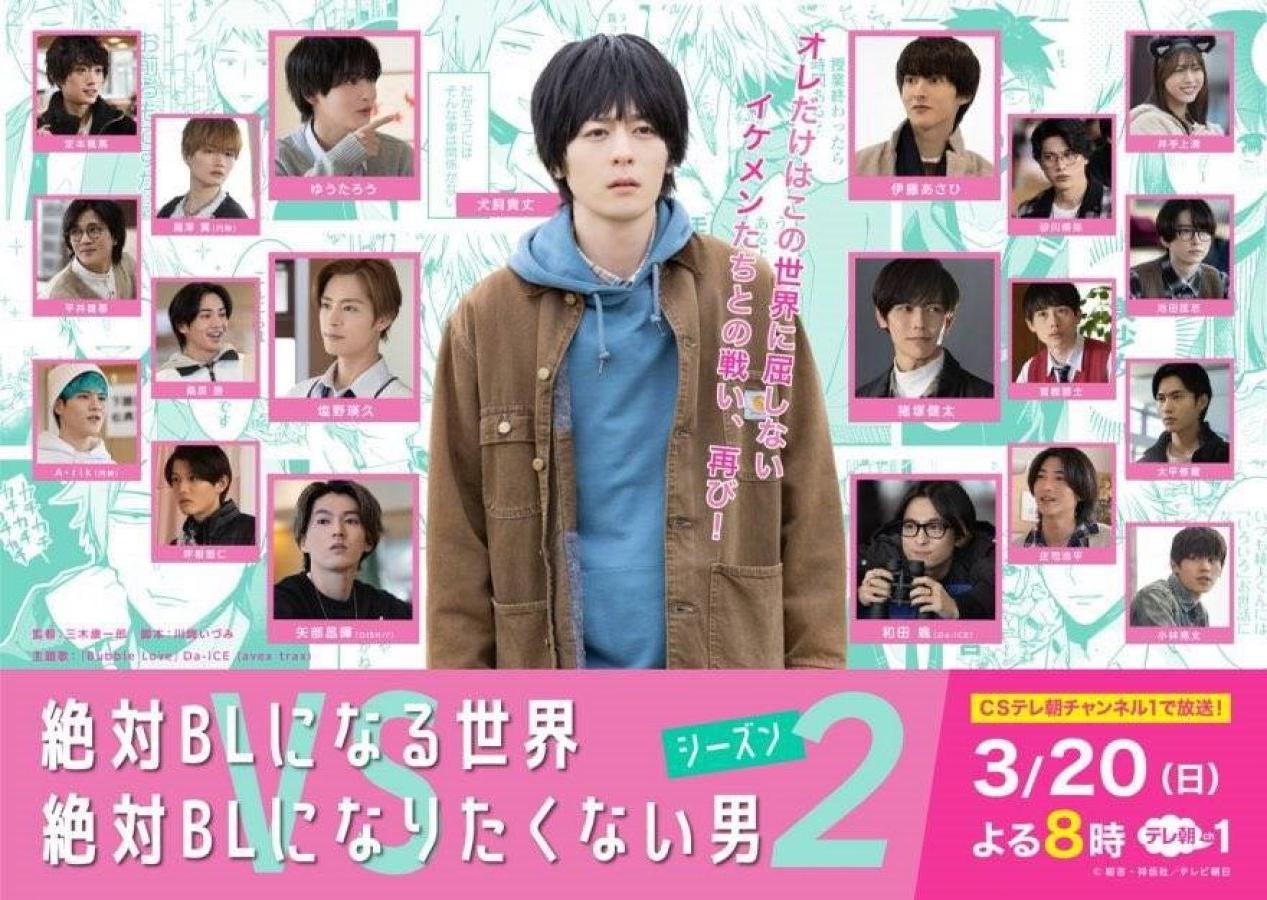 Summary : Continuing the story of the previous season, the protagonist “Mobu” finally confessed to his classmate Kikuchi, so he left his identity as a passerby and became the protagonist of the BL world. Unexpectedly, Kikuchi was back to the handsome ex-boyfriend Igarashi. He returning to become the passerby again, so he decided to start over. The story about the man who defies the world of BL VS A world that turns every man gay begins again.