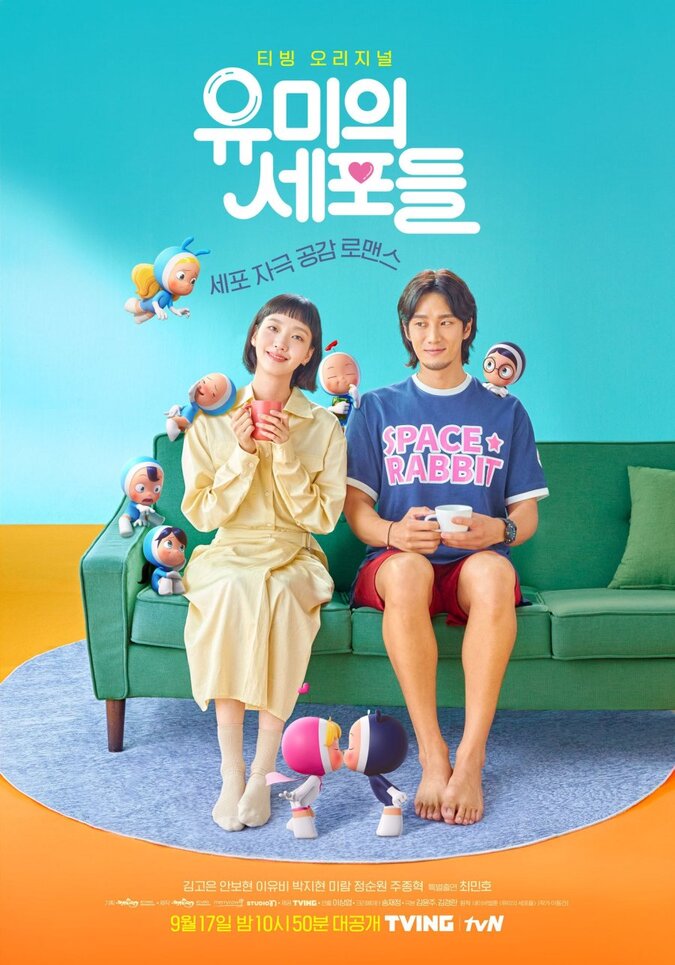 Summary : Controlled by a complex network of cells, each and every human on the planet is kept running by an unseen operating system that is, for the most part, completely ignored. Though humans never give much thought to how they manage to function, day in and day out, the cells within the human body are constantly at work, doing their part to keep their human alive and well. Which is why on the outside, Kim Yu Mi may appear to be just like every other single working woman in the world, but underneath that ordinary exterior lies something truly extraordinary. Having recently suffered a painful breakup, Yu Mi’s love cells have fallen into a deep coma. While the surrounding cells work hard to revive their fallen compatriots, Yu Mi spends her days stuck in the grind of everyday life. With a heart still broken and no romantic prospects, Yu Mi’s love cells might have been in serious trouble had it not been for the sudden appearance of Goo Woong. An emotionally stunted game developer, Goo Woong has no idea how to express his true feelings, but after meeting Yu Mi, he finds himself wanting to try. With his own love cells unexpectedly sparking Yu Mi’s back to life, things between the two start to get interesting. With both Yu Mi and Goo Woong’s cells working overtime, the two find themselves drawing ever closer. But will the efforts of this small collection of cells really be enough to bring two hearts together forever?