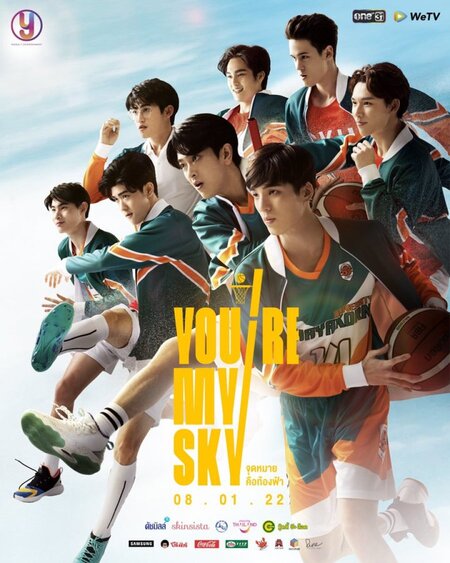 Summary : Thorn is a first-year college student who loves playing basketball and dreams of becoming a high-level player. Although he is committed to success, he is reunited with Tupfah, an older former basketball player whom he used to know, and who has now put his own sporting ambitions on ice. Thorn feels attracted to Tupfah, but is unsure about whether or not he should tell Tupfah about his feelings or not, worried that doing so might cause problems. But as they spend more time together, a bond of friendship develops as Thorn tries to convince the older student to return to the sport – but could this all end up turning into love? However, their hearts – and sporting hopes – are not the only ones on the line. Aii is hoping to win a scholarship to study abroad. To do so, he will need to secure high grades at college. But although he does want to gain a place at a Japanese university, his head is turned by a football player with dazzling good looks, threatening to divert his focus away from his school work. Meanwhile, two relay team track runners find themselves attracted to one another – despite the fact that one is dating the other’s sister!