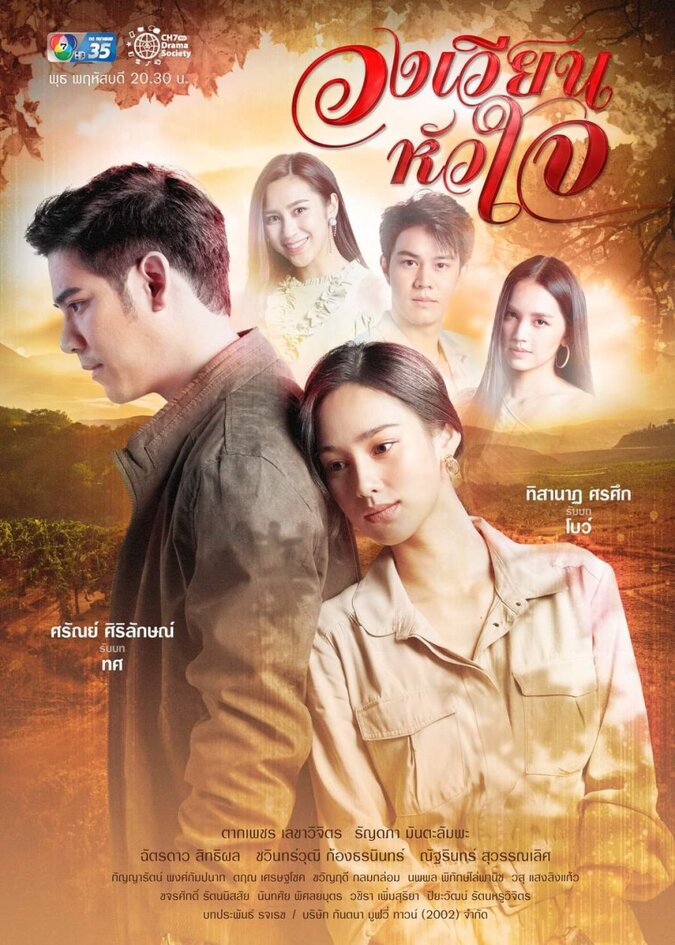 Summary : Bow returns to Thailand after she learns that her boyfriend, Pong, has cheated on her and has impregnated Vithinee who he is now going to marry. Vithinee is the sickly, younger sister of the vineyard owning male lead, Tos. He is extremely protective of her.

Lost in the pain of heartbreak and deceit, Bow decides to go to a club alone and drink her pain away. There she somehow ends up in a bad situation — almost being drugged and compromised by a criminal. She is, however, saved by Tos, who manages to take her to a private room safely.

The protective older brother — unwilling to let Bow ruin his sister’s happiness — ends up using this opportunity to tie Bow to himself. He tells Bow’s father that he has slept with his daughter, which makes the older man marry Bow off to Tos in order to protect his daughter’s virtue.

Thus begins a very push and pull love story of Bow and Tos.