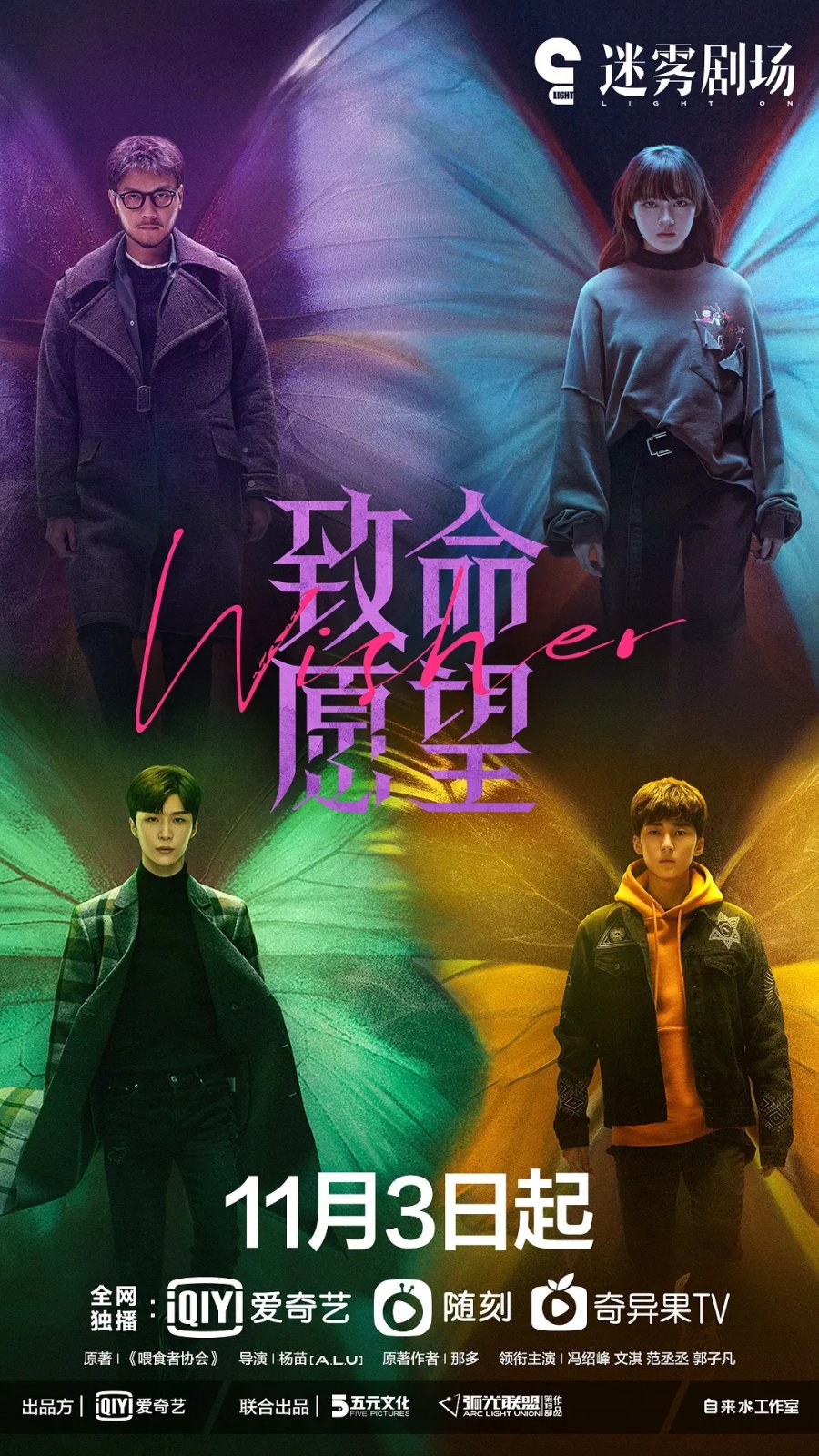 Summary : The start and end of everything stems from an app called Wisher. Wisher appeared on the mobile phones of a group of college students out of the blue, and as long as they made a wish to it and completed a simple randomly assigned task, the wish would be realized. These young people can’t stand the temptation, and just like signing a contract with the devil, they become dominoes under the control of desire. Middle-aged reporter Naduo, as well as young people such as Lu Li and Qiu Wendong, began to confront the forces behind Wisher.