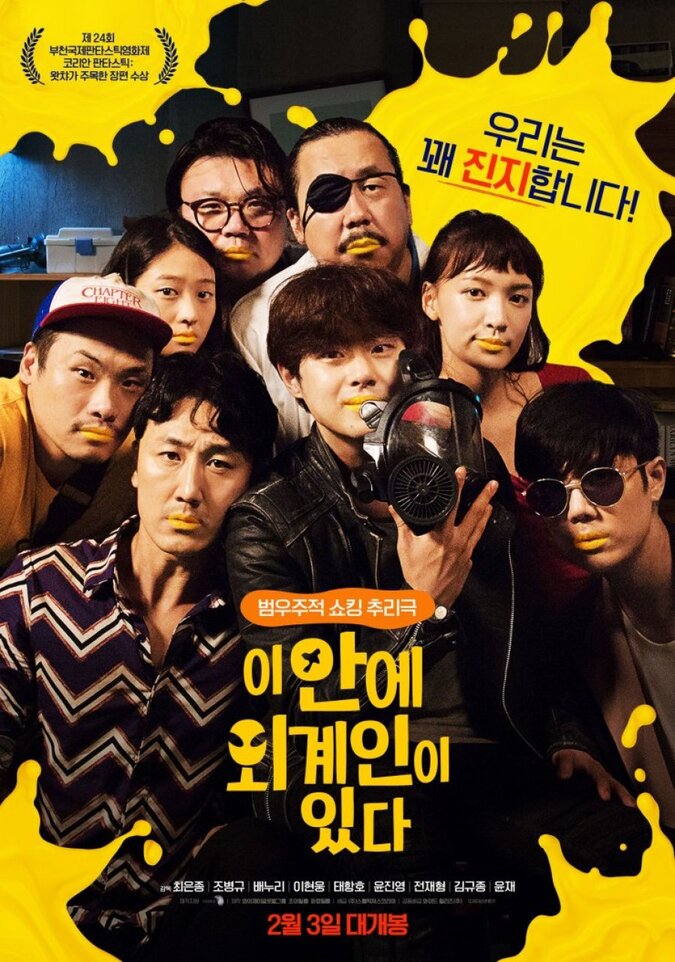 Summary : In 2020, a small group of “alien research clubs” barely survived as most of the human race disappeared due to the invasion of the yellow liquid aliens. In the meantime, confusion arises when an alien buried itself in the body of one of the members. A moment of extinction that will kill everyone if you don’t find and kill aliens within 30 minutes. Who is the alien in there hiding? Can the last humans be safe before the alien invasion? Since the situation of mankind that has been eroded by unknowns and reached the end is not the future, it is now 2020. It talks about the relationship between the majority and the minority, mainstream and non-mainstream through the mixed minority, human and alien relationship.