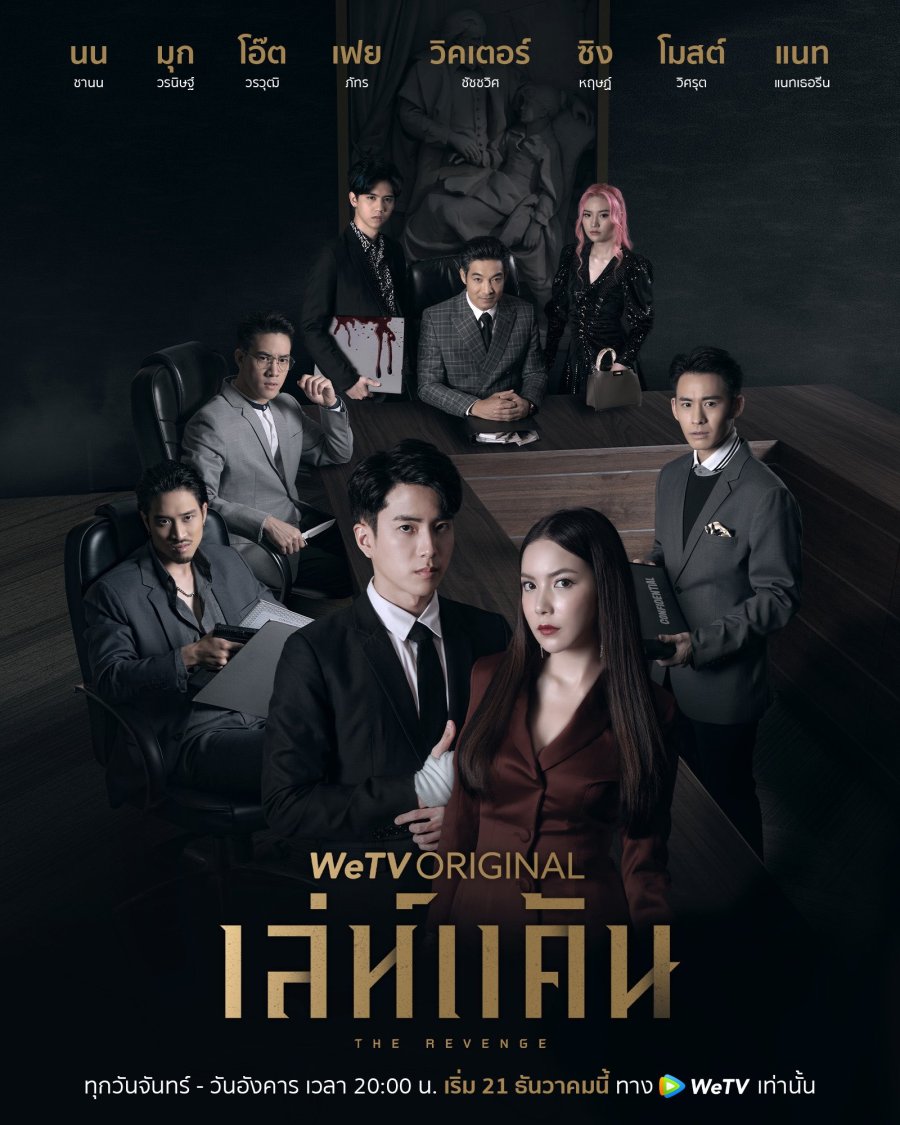 Summary : An unexpected event takes place in the Akharaphaisansakul household. Head of Pearl Star Group and Patriarch Nawin Akharaphaisansakul has four biological children: Phop, Chan, Pat, and Natty. With his new wife, Philai, he has an adopted child, Vee, who’s extremely loyal to the family. Given the family’s standing, a quiet and modest funeral arranged by the family raises public suspicion when photos are leaked on social media. Nawin is forced to arrange a press conference to alleviate those suspicions. But Vee still has doubts. The night of the event that led to that funeral, Vee was injured and there are things he can’t remember. He’ll come to learn he isn’t the only one desperate to know what really happened that night.