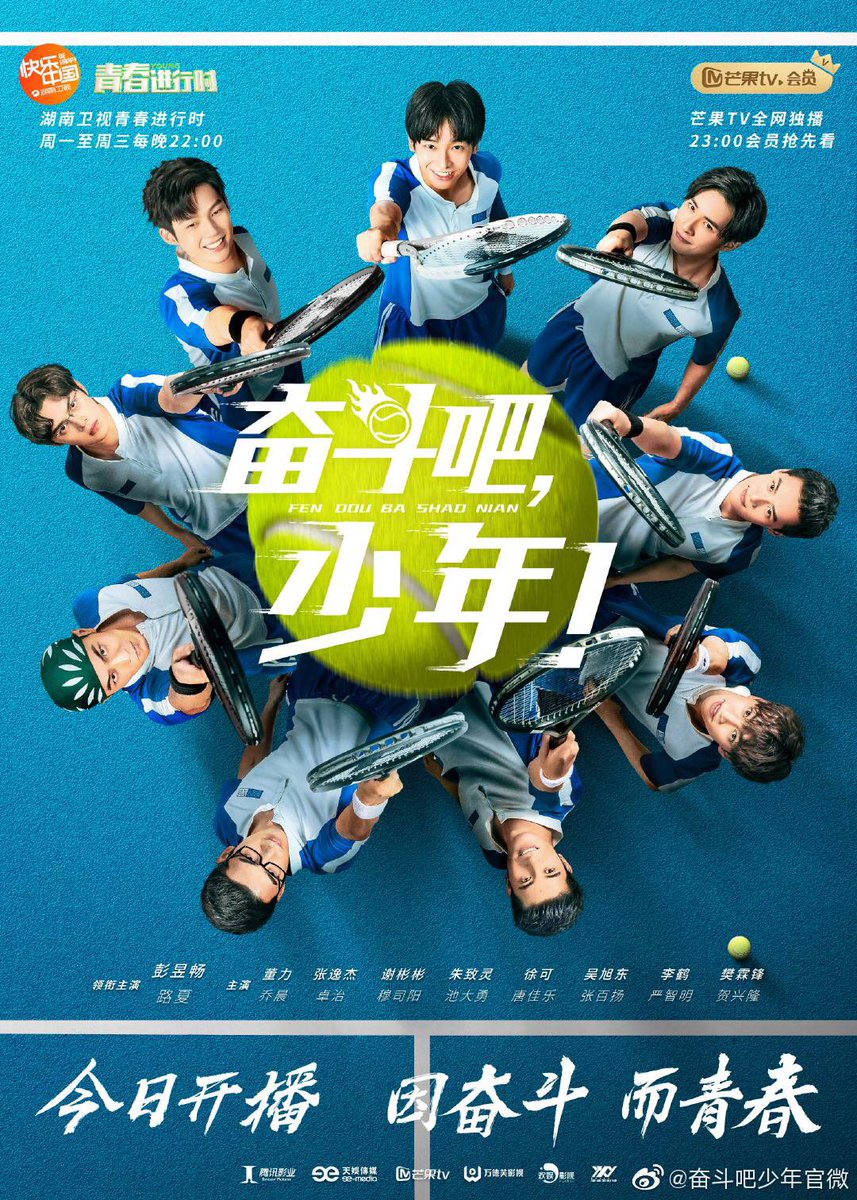 Summary : Lu Xia is a tennis prodigy who lived overseas since he was a child with his parents. He has inherited his father’s outstanding strength and tennis talent. However, trapped under the shadow of his father, Lu Xia only sees tennis as a tool to win over him, losing the passion and happiness in playing tennis altogether. Upon returning to China, he joins in a high school tennis team and met various tennis masters. Here, he begins to realize the meaning of tennis and figure out his own identity as a player. In the process of working to win the national league, Lu Xia and his teammates learn to work as a group and understand the importance of friends.