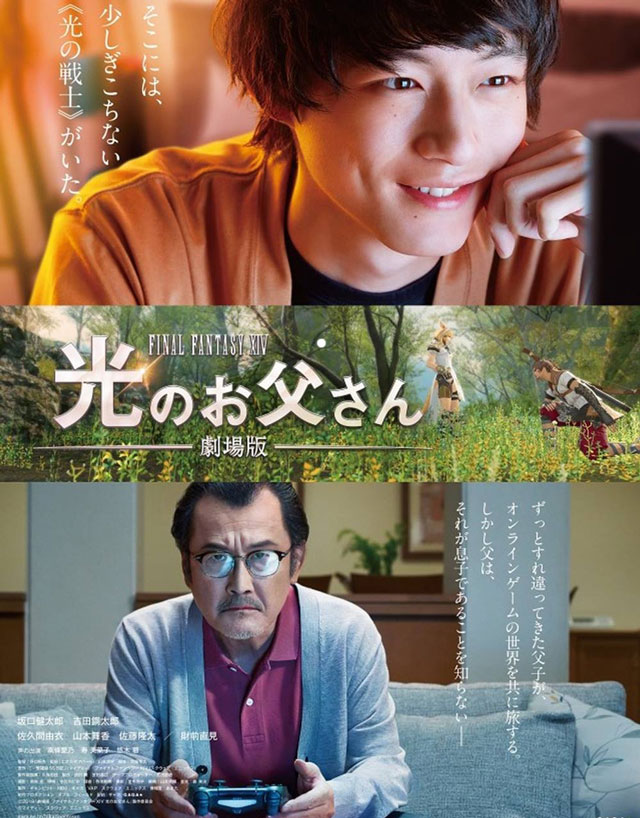 Summary : A movie version of the Japanese TV show “Father of Light,” which tells the story of a father and son who rebuild their relationship thanks to Final Fantasy XIV. Akio wishes he had a better relationship with his reserved father Akira. One day Akira suddenly quits his job and retires without giving out any explanation to the family. Thinking it could be a good tool to be close to his father, Akio gives him software of online game “FINAL FANTASY XIV”. By teaching his father how to play the game and secretly interacting with him as an anonymous online avatar, Akio hopes to know his father better through the adventures with other players in the game; little does the young man know what Akira is going through.