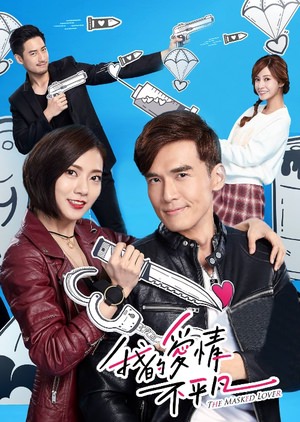 Summary : A phone call from Taiwan has disrupted Wu Ping Fan’s quiet life abroad. Her twin sister Ping An is in a coma due to a car accident. Suddenly, the simple, kind-hearted Ping Fan is forced to put on a new identity: a “mob boss.” To become someone entirely different is hard enough, let alone trying to manage Yi Ching group and deal with a rival group led by her sister’s deceptive nemesis, Rong Fu Xiong, who will stop at nothing to see her dead. Just when it seems as if her charade cannot be maintained, Ping Fan meets a man who’s willing to lay down his life for her, Gu Le Jun, and he becomes her bodyguard. Slowly they grow closer and a bond of trust begins to form. However, what Ping Fan doesn’t know is that Le Jun is an undercover cop seeking evidence to convict Ping An of her crimes. How will she overcome the obstacles in front of her? Can she trust the man she loves?