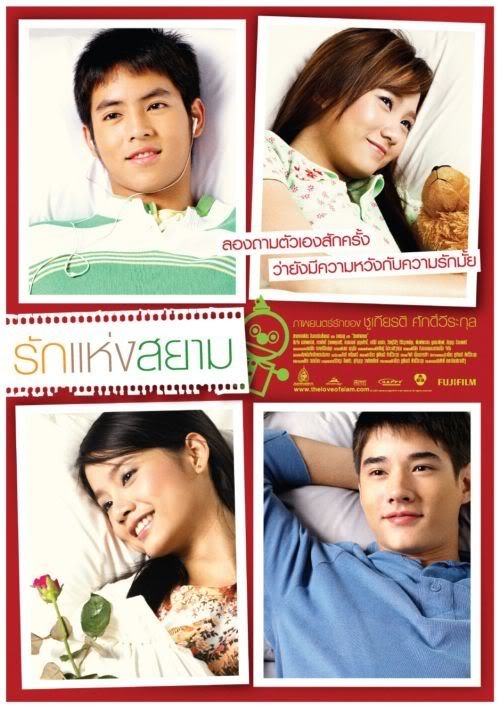 Summary : Love of Siam shows the relationship of a weak family, a lonely girl, teenagers who start to know the meaning of love and friendship that will be remain in the memory forever. The story begins when old friends Tong and Mew meet by chance at Siam, a well-known place that teenagers in Bangkok hanging out. Tong is a popular and handsome boy who is bored with his pretty girlfriend like Donut. Tong just discovers that pretty girlfriend is not the answer for something in his life. While Mew is a quiet guy who is obsessed by music, and secretly loved by Ying, a girl next door. Mew is facing hard time trying to compose love songs after his grandma died. Later, Mew introduces Tong to June, a girl who looks alike Tong’s lost sister. Tong comes up with a plan for his mother to hire June for being his sister, hoping to cure his father from alcoholism. June accepts the offer and becomes a part of Tong’s family. Everything in Tong’s family seems to be better since June has arrived. June is loved by Tong’s family, but she begins to feel whether she does right.