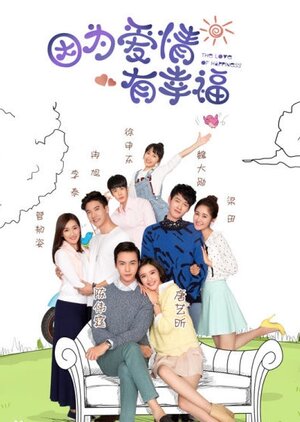 Summary : The story follows our independent heroine Lu Xiao Nan (Tina Tang) and she’s quite fearful of marriage. She knows it is not simply the union of two individuals, but confronting and solving conflicts together. Moreover, it’s the unification of two families – father and mother-in-laws, etc, hence she doesn’t take marriage lightly. She meets the man of her dream in Kevin (William Chan), a professor at a university, who basically comes with no strings attached (no family on his side…) He radiates warmth and kindness and is able to adjust in any condition e.g throw him in the kitchen and he can cook! The two get married and Kevin reveals that he wants to look for his long-lost family. When they do locate his family, the newlyweds are brought along into the family and Xiao Nan struggles to adapt to the crowded place. But with the help of her steadfast husband, she finds new meaning in family. On the other hand, Kevin learns the truth behind his childhood memory loss.

Note : I don’t know if subs are in sync with my encode or not.