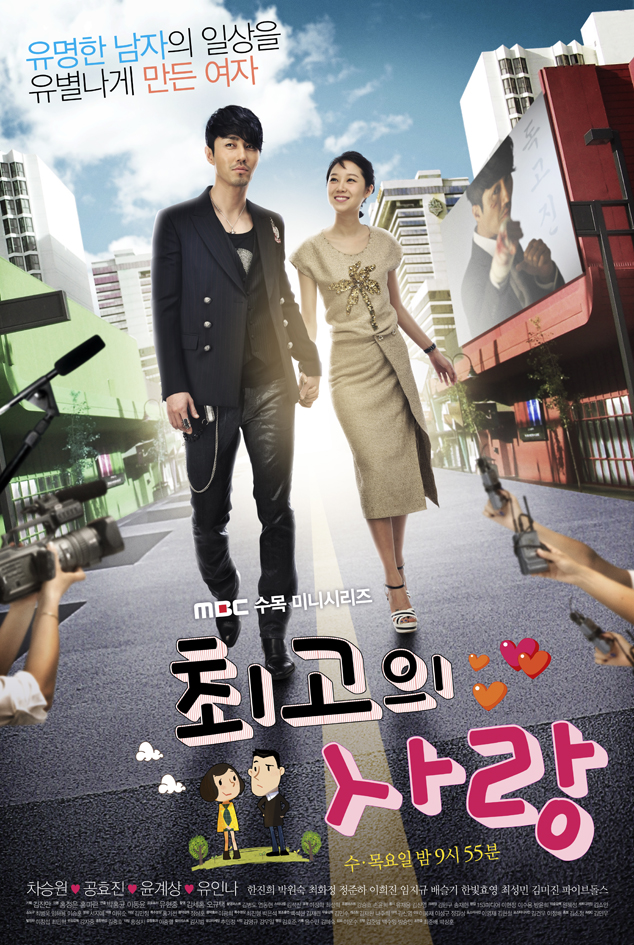 Summary : Ae Jung was once the most popular member of girl band The National Treasure Girls. However 10 years ago the band broke up and she received most of the blame. Despite her warm personality her career has suffered ever since and she now spends her time fighting for air time on variety shows. Dokko Jin is a top movie star at the height of his career. The two meet and become involved in each other’s careers. Yoon Pil Joo is a doctor of oriental medicine who has no interest in the entertainment industry but agrees to make a dating show. Dokko Jin helps get Ae Jung a role on a new reality show called Couple Making. Pil Joo is the bachelor being set up on Couple Making. Both men fall for Ae Jung both off and on the screen.