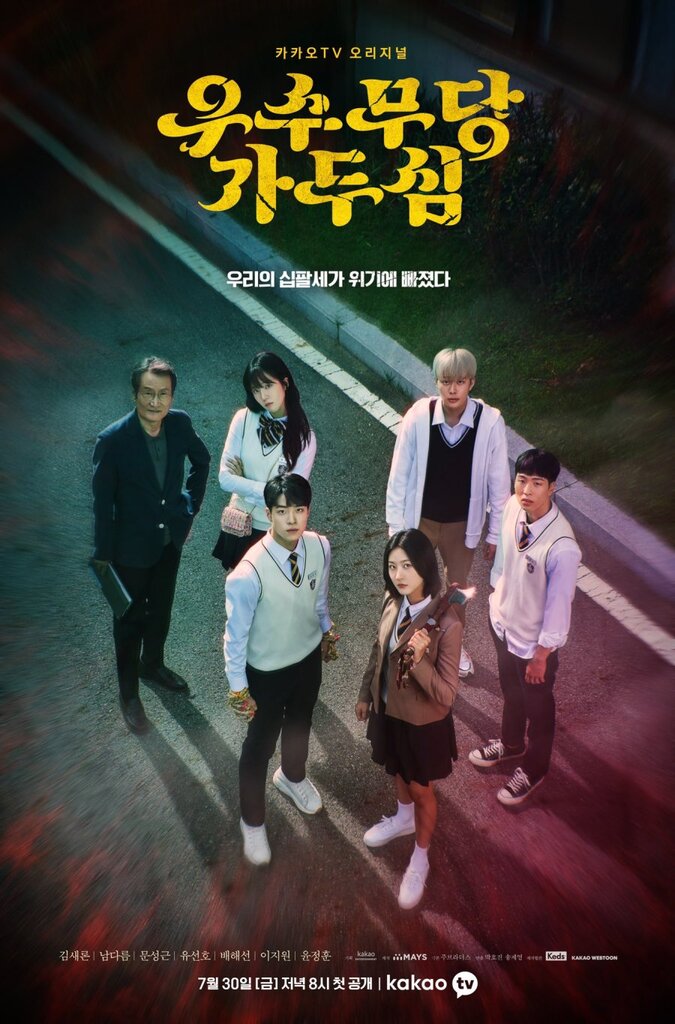 Summary : Na Woo Soo is the very picture of high school perfection: He comes from a wealthy family, is outstandingly handsome, is every teacher’s favorite student at Seoul’s most prestigious high school, and unfailingly tops the class with his sky-high grades. But his life is about to turn on its head: The student with the lowest grades in his class is found dead in what at first appears to have been a suicide, and a girl named Ga Doo Shim transfers into his class. Ga Doo Shim longs to be a run-of-the-mill high schooler, but she is fated to become a mighty, evil spirit-chasing shaman. The only problem is she struggles to see spirits, both evil and benevolent. Her grandmother once told her that if she could survive being 18, she would be able to live a normal life. But the death of the bow with low grades soon turns out to have a supernatural link. And furthermore, she soon learns that Na Woo Soo has suddenly gained the ability to see spirits. Together, they realize, they have the power to fight back against the powers of evil, which are now threatening to overrun the school. But could their ghost-busting partnership one day blossom into romance?.