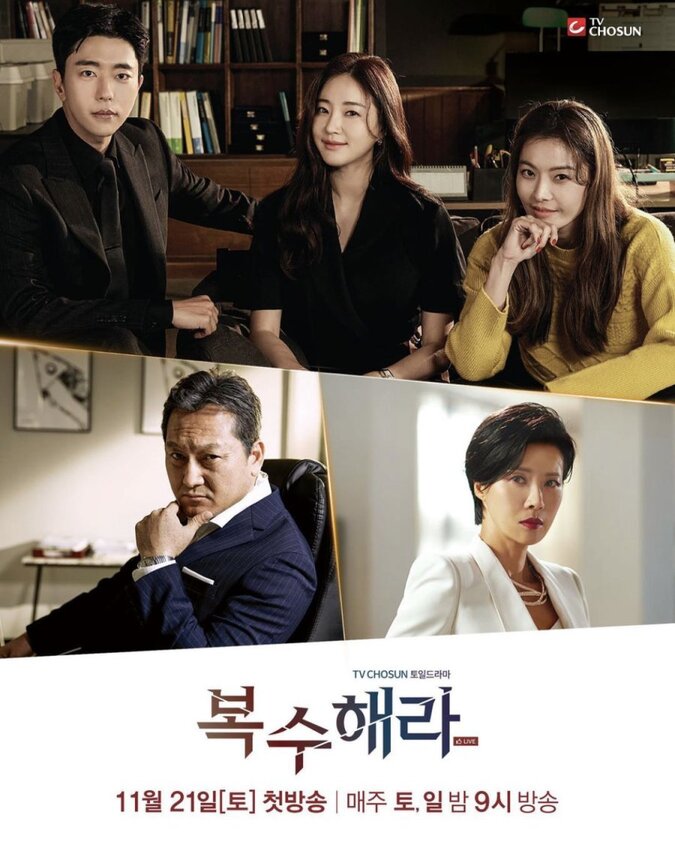 Summary : In the world of the rich and powerful, one wrong move can destroy everything; a sad lesson Kang Hae Ra soon learns. Once a reporter working hard to support the family she had been forced to care for at a very young age, Hae Ra found her way into the limelight after marrying one of the country’s most famous celebrities. Now the center of everyone’s attention, Hae Ra has become one of the nation’s hottest influencers. But when she finds herself wrapped up in an unfounded scandal, Hae Ra’s reputation plummets. Hitting rock bottom, Hae Ra wants revenge, but she’s not the only one desperately searching for a way to bring down those who have hurt her. A talented lawyer with a one hundred percent success rate and a heart of ice, Cha Min Joon is not a man to be trifled with. But when those who wish to bring him low throw his family into ruin, he turns his full attention towards exacting his revenge. While Hae Ra and Min Joon focus on revenge, the sole heir to the FB Group, Kim Tae On, is on a mission of her own, to secure her position as the company’s new head. But going up against her father isn’t easy, as one simple mistake could ruin everything. Meanwhile, the tenacious detective Ku Eun Hye takes on a case that could either make or break her. As each individual begins their respective journey towards success and revenge, their paths soon cross. Realizing there’s much more going on than any of them first believed, each delves deeper but what they find shakes them to their core. Now on a mission to fight against those who seek to destroy them, Hae Ra and Min Joon will stop at nothing to have their revenge. But can they succeed against such powerful foes?