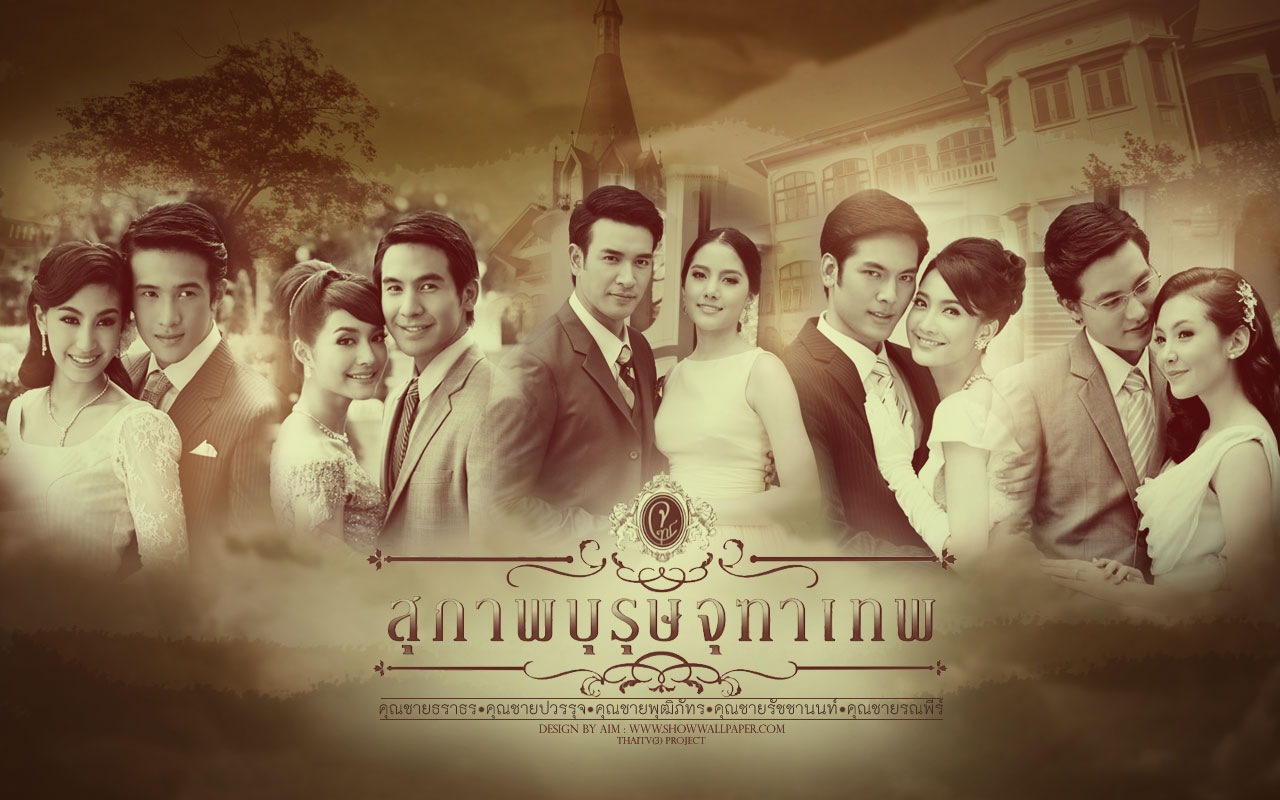 Summary: The Gentlemen of Juthathep is a five part series taken place in the span of the 1960’s surrounding the lives of five brothers of Juthathep palace who were raised by their two grandmothers after a car accident that claimed the lives of their parents, namely Mom Chao Vichakorn Juthathep. Born into the prestigious title of Mom Ratchawongse, the five brothers are set on a pedestal by their grandmothers to not only be a gentleman, but to set a good example, defend the underdog and marry well. Especially marry well. And we get to witness how each one tackle this issue. This sets the premise of the struggles and conflict in this series. The five Juthatheps inherited a responsibility greater than the sum of their parts: one of them must marry a lady of the Thewaproms due to a sacred promise that their father made with a “friend” who saved his life. To avoid marriage is to be an ingrate and that is the biggest ado in this period.