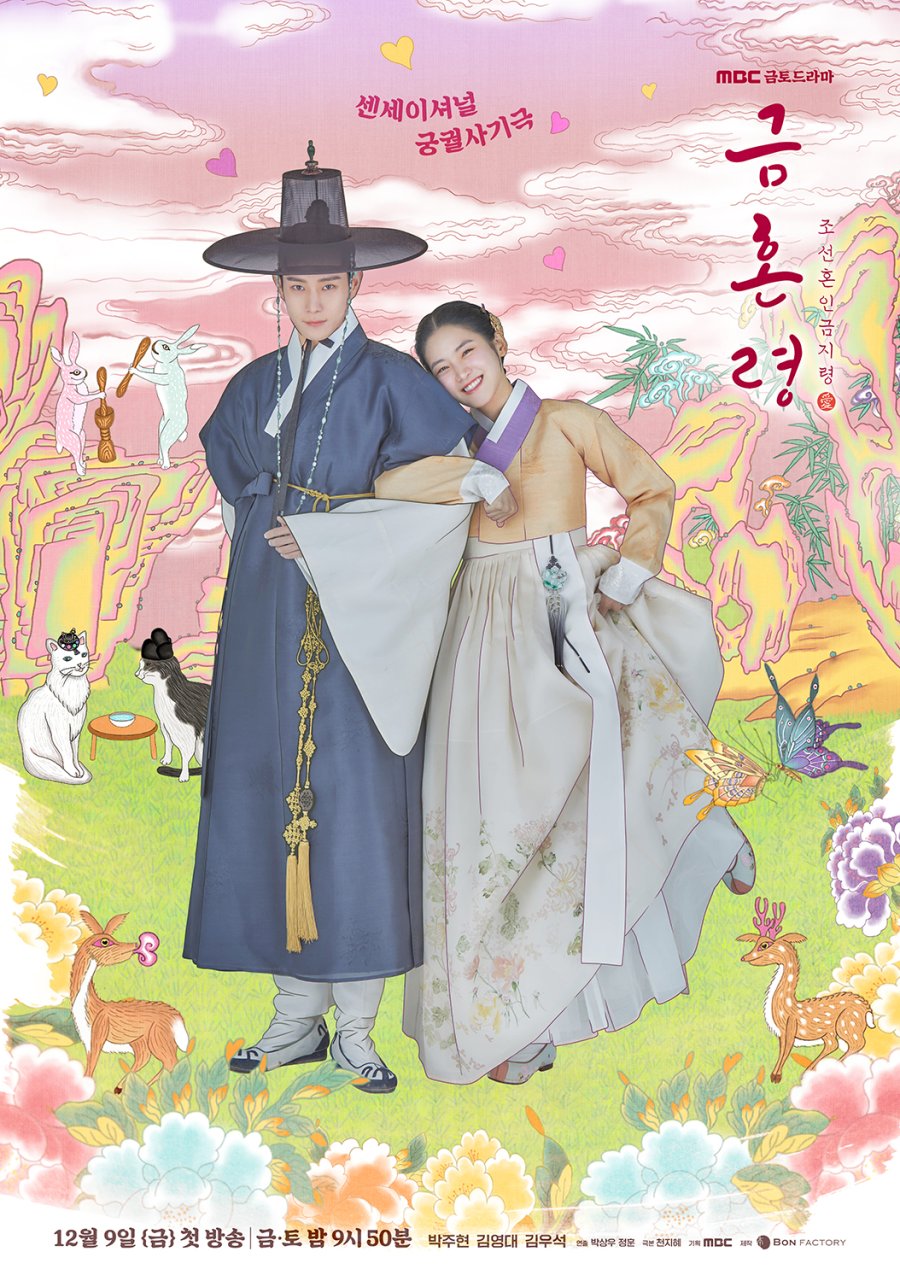 Summary : Lee Heon is the king of Joseon. 7 years ago, when he was a crown prince, his beloved wife died. To this day, he has not been able to get over her death. For the past 7 years, the royal family and government members have tried to get King Lee Heon remarried without success. The nation has also implemented a geumhonryung edict, which is a ban on all single women marrying during this time when the king has not married. People are furious over the marriage ban. One day, King Lee Heon hears of a woman named Ye So Rang, who claims the spirit of the king’s late wife exists within the royal palace. Meanwhile, Ye So Rang is a swindler and claims to interpret martial harmony signs. She is arrested and jailed where Officer Lee Shin Won works. To get out of her predicament, she pretends to be possessed by a spirit in front of Lee Shin Won. During her ruse, she mentions that the spirit of King Lee Heon’s late wife exists within the royal palace. She is then brought in front of the king and he asks her if she can really see his late wife’s spirit. To survive, Ye So Rang acts like her body is possessed by the king’s late wife. Ye So Rang’s lies get bigger and more audacious.