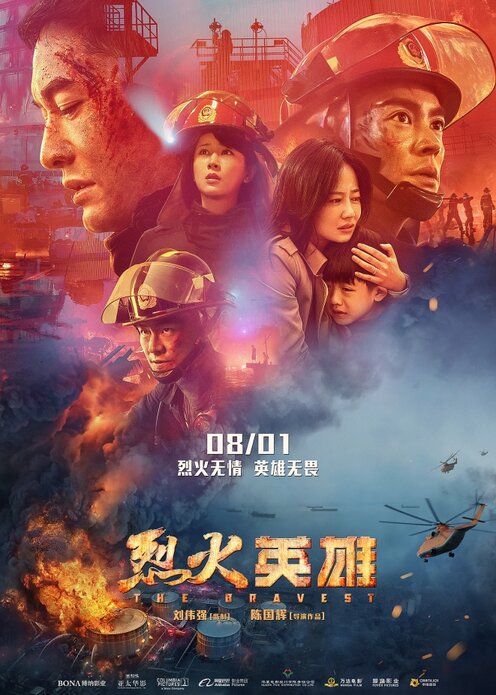 Summary : A group of brave firefighters deal with a series of fires after a chemical plant explodes. It is a race against time for the firefighters as they put themselves in danger to save those in the vicinity of the fires. (Source: EagleWings Cinematics) The film is based on the long reportage of Balgi’s wilderness, “The Deepest Water is Tears.” The story is based on the real event of “Dalian 7·16 Fire”. It tells the fire in the coastal oil tank area, and the firefighting team is united. The story of defending the country and the safety of people’s property with life.